Soldiers to continue patrolling streets until 2020 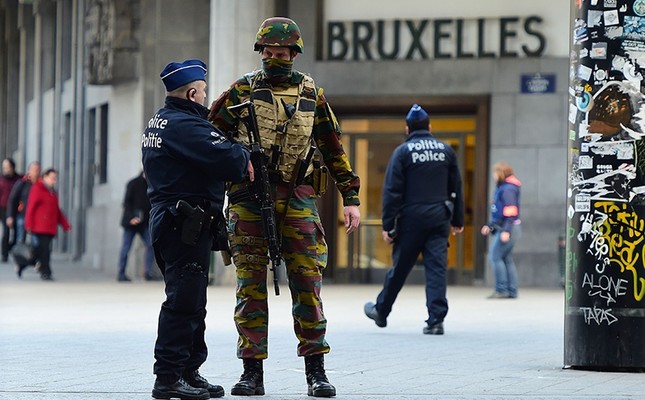 The deployment period of soldiers patrolling Belgium's streets and main sights following last year's terrorist attacks will be extended until 2020, the head of the country's land forces said.

Axar.az reports citing Daily Sabah, speaking to Belgian daily De Standaard on Monday, Major General Marc Thys said that "Operation Homeland" will be extended, and planning will be made accordingly to train soldiers on incidents that could happen in urban locations and to conduct necessary drills.

The biggest problem so far was that the lack of morale of the soldiers who were being deployed to the streets for six-month periods, Thys added, noting that efforts are underway to reduce these periods at least by a third.

"We should be prepared and trained to carry out all missions," he said.

Stating that strategically important buildings should be the priority, Thys said that it is important to have patrolling soldiers around such locations.

The city's airport and the subway was targeted in twin terrorist attacks on March 22, 2016, killing 32 people and injuring 270 others. The attack was claimed by Daesh terror group, who had an extensive recruiting network in the impoverished Molenbeek neighborhood.