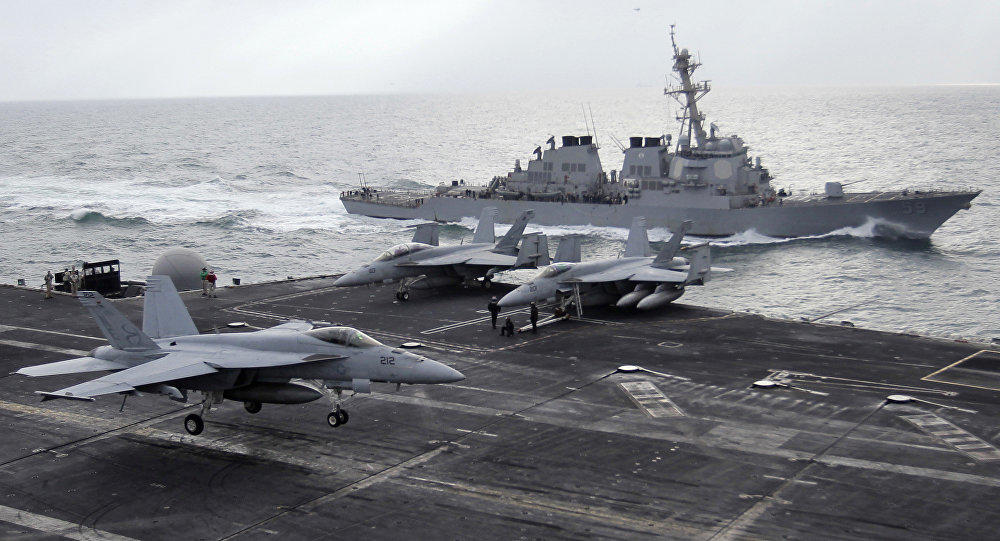 Axar.az reports citing Sputnik that, US national security adviser John Bolton said on Sunday that the United States is deploying a carrier strike group and a bomber task force to the Middle Eastern region to send a clear message to Iran that any attack on Washington's interests or its allies will be met with an "unrelenting force".

John Bolton also stressed that Washington is not seeking war with Iran but ready to respond to any attack from Tehran.

"In response to a number of troubling and escalatory indications and warnings, the United States is deploying the USS Abraham Lincoln Carrier Strike Group and a bomber task force to the U.S. Central Command region to send a clear and unmistakable message to the Iranian regime that any attack on United States interests or on those of our allies will be met with unrelenting force," the statement said.

United States Central Command is present in the Middle East, including Egypt in Africa, and Central Asia, notably Afghanistan and Iraq. Its forces are active participants of many military campaigns in the region.

Long-standing tense relations between Iran and the United States took a turn for the worse in May 2018, after Washington unilaterally withdrew from the Iran nuclear deal. Since then, the US has slapped Iran with multiple rounds of tough sanctions, including energy restrictions aimed at bringing Iran's oil exports down "to zero" to cripple the country's economy.

Iran has warned that any direct effort by the US or any other country to stop the country from exporting its oil could lead to a closure of the Strait of Hormuz, the strategic waterway through which about 20 per cent of the world's total oil supplies pass.