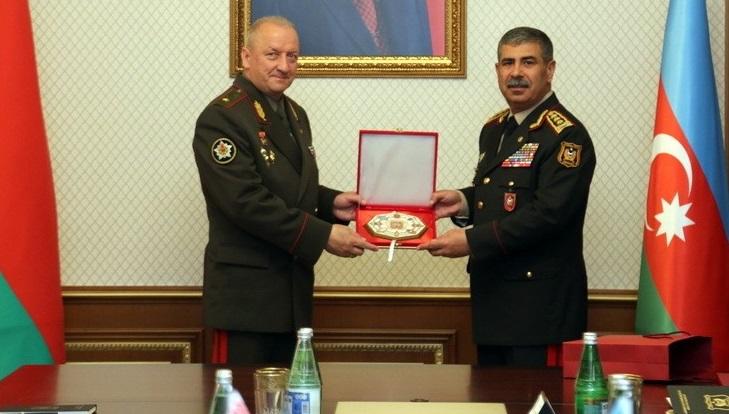 Defense Minister, Colonel-General Zakir Hasanov met with Chief of General Staff of the Armed Forces of Belarus - First Deputy Defense Minister Major-General Oleg Belokonev, who is on an official visit to Azerbaijan on May 6.

At the meeting, the sides expressed satisfaction with the results of joint activities in the field of military, military-technical and military education and emphasized the importance of further development of cooperation in this direction.

The parties positively assessed the adoption of armament of the Azerbaijani Army for various military products intended for all types of troops produced by Belarusian military-industrial complex.

The sides discussed a wide range of military-technical cooperation between the two countries and outlined the directions of implementation of new major projects aimed at further improving the combat capability of the Azerbaijani Army.