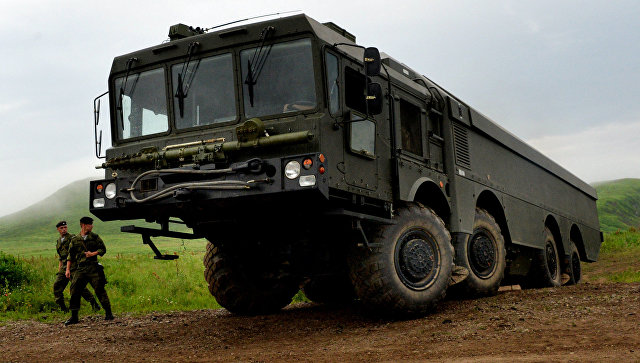 The drills involved over 30 weapon systems.

Axar.az reports citing Tass that the combat teams of Bastion coastal defense missile systems of the Russian Black Sea Fleet’s Crimean grouping of forces have held drills to detect and destroy a notional enemy’s warships in the Black Sea, the Fleet’s press office reported on Monday.

"During the drills, the personnel of the Bastion coastal defense missile systems practiced the assignments of changing positions and deploying in a new positioning area with missile strikes against a notional enemy," the press office said in a statement.

The drills were held as part of measures to practice interaction of units and formations of the multi-service grouping of forces in Crimea. The drills involved over 30 weapon systems.