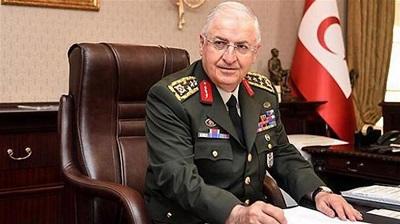 The Turkish Armed Forces chief discussed the latest developments in Syria with his British counterpart over the phone on Wednesday.

Ankara wants to clear east of the Euphrates River of the terrorist YPG/PKK.

In its more than 30-year terror campaign against Turkey, the PKK -- listed as a terrorist organization by Turkey, the U.S., and the European Union -- has been responsible for the deaths of 40,000 people, including women, children and infants. The YPG is its Syrian offshoot.