Weapons left by the enemy found in Khojavend 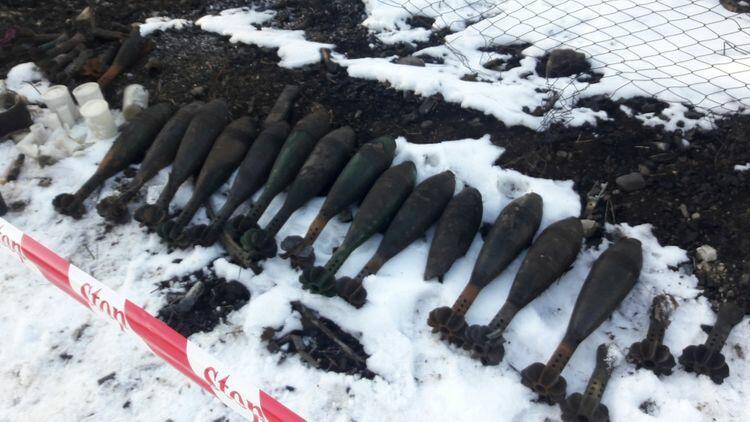 Measures are being taken to find weapons thrown by the Armenian army in our lands liberated during the war.

Axar.az reports that according to the Barda regional group of the Interior Ministry's Press Service, the Khojavend District Police Department (RPD) conducts regular raids in the region, regularly inspecting the trenches of the enemy army and the excavations used as storage facilities.

During the next such operations, 1 anti-tank missile, 6 grenades of different brands, 2 grenade shells, anti-tank training mines and other ammunition thrown by the Armenian military were found and handed over.