The trainings of our Army continue in Nakhchivan - Video 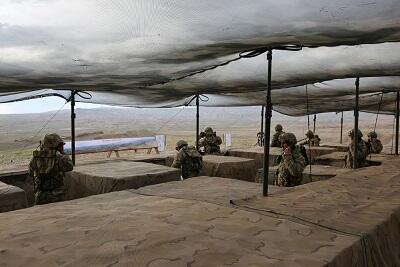 At the next stage of the command-staff training held with the relevant units and units of the Nakhchivan Garrison Troops, special attention was paid by the headquarters to making decisions and delivering them to the units as soon as possible in accordance with the ever-changing operational conditions.

Axar.az reports that according to the decision, in order to develop the success of the operation, the movement of tactical groups from one direction to another was trained in practical activities.

The secrecy of the transport of personnel of the units in combat and automobile equipment in difficult mountainous conditions was ensured by the activities of other types of troops. The practical skills of the personnel on the operation of combat and other equipment in the mountainous area have been improved.

According to the plan, the command-staff training will last until May 20.