Trainings have started in Nakhchivan - Video 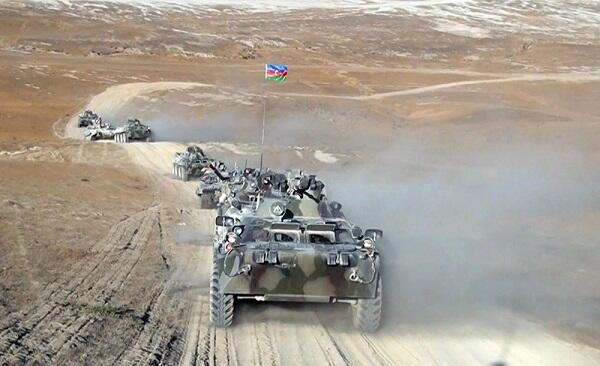 According to the "Reconciliation Plan of the Nakhchivan Garrison Troops for the 2021 academic year", the next command-staff training began on June 7.

Axar.az reports that the Defense Ministry told that the units and units involved in the command-staff training were brought to the level of combat readiness at different levels under the influence of the enemy's powerful radio-electronic means.

Special attention was paid to the interaction of mechanized, infantry and special forces units with other types of troops to ensure the covert and operational activities of the troops.

The training will last until June 12.