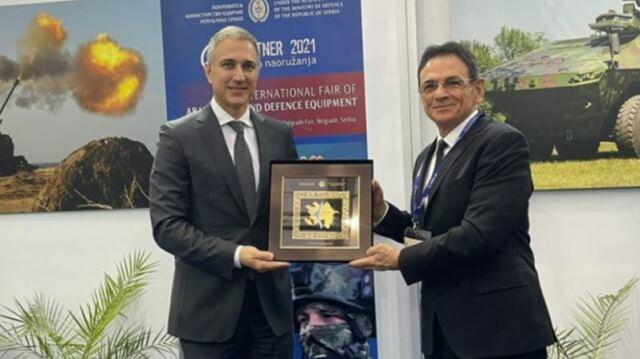 A delegation of the Azerbaijani Defense Industry Ministry is visiting Serbia to participate in the Partner-2021 Arms and Military Equipment Exhibition in Belgrade on October 11-14.

Axar.az reports this was stated by the Ministry.

The Partner-2021 Arms and Military Equipment Exhibition is organized by the Serbian Ministry of Defense every two years.

Later, Madat Guliyev also met with Jugoslav Petkovic, head of the Jugoimport Defense Industry Complex. The current state of the military-technical relations between the two countries and prospects for future cooperation were discussed at the meeting.