Karim Valiyev met with the US military attaché - Photo 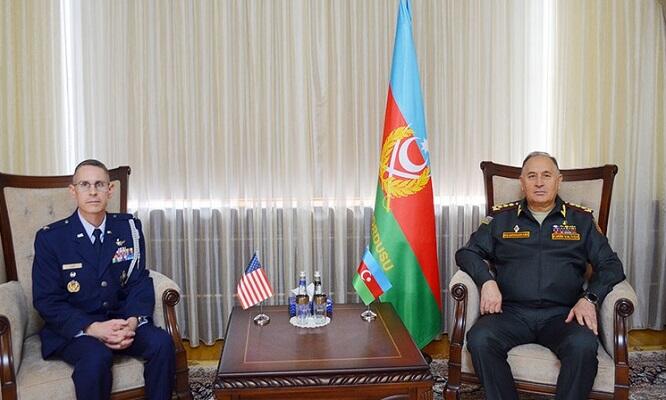 On November 12, First Deputy Minister of Defense - Chief of the General Staff of the Azerbaijan Army, Colonel-General Karim Valiyev met with the military attaché of the United States of America in our country, Colonel Kyle Matthew Cone.

At the meeting, detailed views were exchanged on the prospects of cooperation in military, military-technical, military-educational and other fields, as well as other issues of mutual interest.