5 underwater ancient cities which will amaze you - Photos 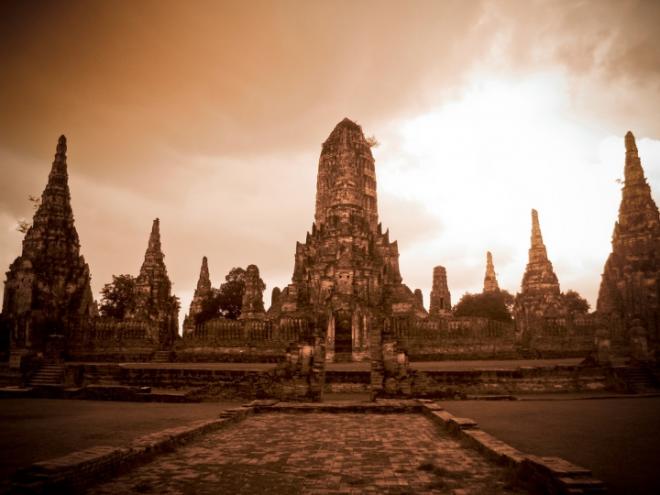 Stories of lost civilizations, like that Atlantis, have intrigued the old and young alike - mesmerized at the idea of how an entire civilization could just vanish and have little known about it.

Axar.az presents number of old civilizations during the ancient times have been discovered underwater, and the haunting ruins of these cities will amaze you.

1.The Lost City of Shicheng, China Shicheng, an ancient city in China, was founded more than 1,300 years ago. Much of the structures in the city were built in the next 300 years since its founding. Hailed as the most spectacular underwater ruins in the world, the city's unique architecture including that of the Qing and Ming dynasties, which began since 1368. In 1959, the city was flooded... on purpose. More than 300,000 residents were relocated from their ancestral homes to give way to the construction of an enormous hydroelectric power station and the Xin'an Dam. Now submerged more than 40 meters underwater, the city still remains unbelievably well preserved. The story of Queen Cleopatra, the last pharaoh of Ptolemaic Egypt, has been retold for generations. From romantic adaptations of her turbulent romance with the Roman general Marc Antony to her controversial and fierce rule over Egypt to her tragic suicide by an asp bite in 30 BC, Cleopatra remains one of the most iconic figures in human history.

Beyond the shores of Alexandria in Egypt lies the underwater ruins of what is believed to be the palace of Queen Cleopatra. Stories have it that an earthquake more than 1,500 years ago cast these ruins into the sea, and hve remained dormant ever since.
Additionally, archeologists believe that they have also found the temple of the Egyptian goddess Isis, who Cleopatra represented herself as the reincarnation of.

To this day, about 140 artifacts, including what is believed to be the ancient queen's tomb, have been uncovered from the underwater ruins.

3.The Pyramids of Yonaguni-Jima, Japan Believed to be a built during the last ice age at 10,000 BCE, this mysterious underwater ruin is still intensely be experts on whether it is manmade or a natural occurrence. Much of the evidence supports the former, however, because of the triangular shapes and carefully terraced stones that made up the pyramid, making it seem like it was intentionally built.

Nevertheless, this massive 250-foot pyramid draws curious scuba divers from all over the world for obvious reasons. This ancient city, once given the name as "the most sinful and wicked city in the world", was an infamous hub for prostitution, liquor, wild parties and pirate activity.

It reigned so until a colossal 7.5 earthquake hit Jamaica in June 1962 and sunk the city underwater, killing with it its 2000 inhabitants. Local belief goes that it wasn't the unstable foundations along with the earthquake that crumbled the city, but it was a divine punishment for the 'immoral activities' committed in Port Royal, believed by the locals for hundreds of years.

Now lying twelve meters underwater, this underwater city, once one of the largest cities of the New World, is a Mecca for underwater archeologists due to its perfectly preserved artifacts. What was initially thought of to be a myth, the Ancient City of Lord Krishna is believed to have been discovered in the year 2000.
The old Indian tale tells the story of Lord Krishna who once had this marvelous city that had more than 70,000 palaces made out of precious metals such as gold and silver. The city prospered for many years, however, when Lord Krishna died, Dwarka apparently sank the city underwater.

Found more than 40 meters underwater in one of the seven oldest cities in India, archeological experts marvel at the preservation of the ruins and its amazing geometric acoustics. One of the most important artifacts recovered from the ruins was dated by experts to have been from 7500 BCE, strengthening the theory that these ruins were indeed that of the ancient city.