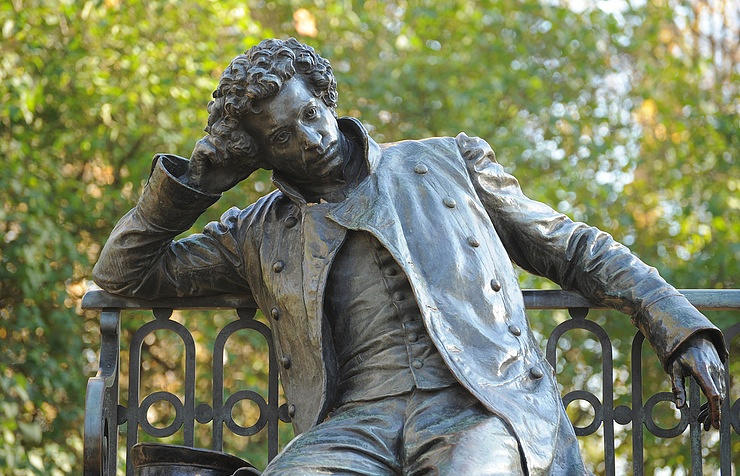 A bronze bust of the 19th-century Russian poet and writer, Alexander Pushkin, was unveiled on Wednesday in a gala ceremony at the Institute of Slavonic Studies at Eotvos Lorand University in Budapest, Igor Novosyolov, the executive secretary of the Pushkin section at the Association of Russian Writers told TASS.

Axar.az reports citingTASS that, Novosyolov was the organizer of the project for installing the monument on the university compound. He has spent many years promulgating Russian history and culture worldwide.

The unveiling of the bust was one of the central events as part of the Days of Moscow in Budapest festival held on November 21-22.

"The President of Budapest University, Laszlo Borhi, and the Russian ambassador to Hungary, Vladimir Sergeyev, attended the ceremony," Novosyolov said.

Apart from the public opening of the monument, he awarded a commemorative medal with Pushkin’s bas-relief to Laszlo Borhi in recognition of the latter man’s achievements in international cultural cooperation. The medal was instituted by the Pushkin Association of Russian Writers.

Arrangements for installation of the monument were drafted in cooperation with top diplomats at the Hungarian embassy in Moscow, who proposed afterward to immortalize Pushkin’s memory at the University of Budapest by way of promoting friendly cultural ties between the two countries.

The Pushkin bust weighs about 60 kg. Its designer is Nikolai Kuznetsov-Muromsky, a sculptor from Moscow.

It became the 34th monument to Russian historical and cultural personalities installed over a period of twenty years at Novosyolov’s initiative in different parts of the world.

At the beginning of November, a monument to the world’s first cosmonaut Yuri Gagarin was unveiled in Vietnam as part of the events timed for the summit conference of the Asia Pacific Economic Cooperation forum. Plans for the short term feature the unveiling of a monument to the Russian ambassador in Turkey, Andrei Karlov, that will take place on December 19 or exactly a year after Karlov’s assassination.