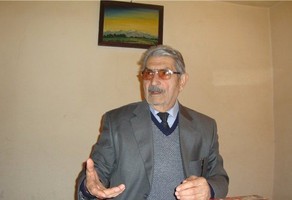 It was told at Azerbaijan Writers' Union (AWU).

He passed away this morning after a long illness.

Sohrab Tahir was born in South Azerbaijan in March, 1926 (according to official documents on August 6).

In 2006, in accordance with the order of the Azerbaijani President, he was awarded 'Glory' order.