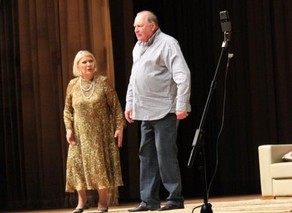 Russian actors have presented Mikhail Zadornov's play "I would like to buy your husband" to the audience.

The comedy welcomed with an interest.

Notably, a comedy writer M. Zadornov could not accompany actors this time.