Museum of ashug arts in Tovuz under reconstruction 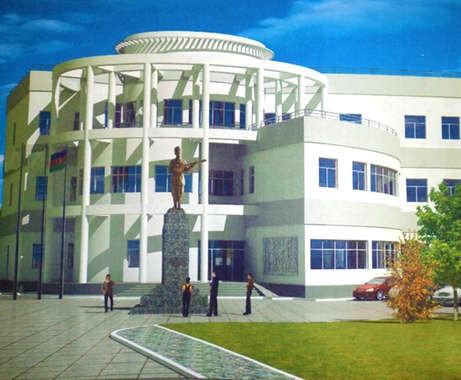 A museum of ashig arts, which combines poetry, storytelling, dance and vocal and instrumental music into a traditional performance art, will soon open its doors to visitors.

Noting that the bulk of the work has been completed, the construction company said that the new museum will soon be ready. However, the company faced difficulty to name the exact date.

Ashig art began to form in Azerbaijan since ancient times. Ashiq art is a music form of oral art formed in folk environment and in terms of impact strength, popularity and uniqueness of maturity it is an expression having no analogue.

The sources of ashiq art include the art of Turkic ozans who created the prominent literary monument “Book of Dede Gorgud” 1300 years ago, as well as ecstatic acts of early Sufi dervishes who were called “haqq ashiqi” (lovers of Truth) in the Turkic world.

Schools of Azerbaijan ashiq art include large regional art milieus such as Shirvan (eastern), Ganjabasar and Borchaly (western) milieus, and also a number of schools and milieus of Iranian (Southern) Azerbaijan – in Tabriz, Qaradag, Urmiya etc.

Despite the regional differences ashiqs are united by a common national language, musical repertoire and the saz, an invariable attribute of the Azerbaijani ashiqs, which may be accompanied with such musical instruments as balaban, nagara, gosha nagara and gaval. Saz is one of the symbols of the Turkic world.

The instrument got its final shape in the 16th century. It is sounded mainly with plectrum made of cork of cherry tree. In most cases, the arm and sides body of Saz are adorned with pearls. The stringed musical instrument, Saz is played solo and in ensembles.

The art of Azerbaijani Ashiqs was included in the UNESCO`s Representative List of the Intangible Cultural Heritage of Humanity in 2009, as a symbol of national cultural identity that embodies various artistic spheres practiced by poets, composers, singers or actor-narrators, thus uniting in one artistic expression the communities of the entire country.