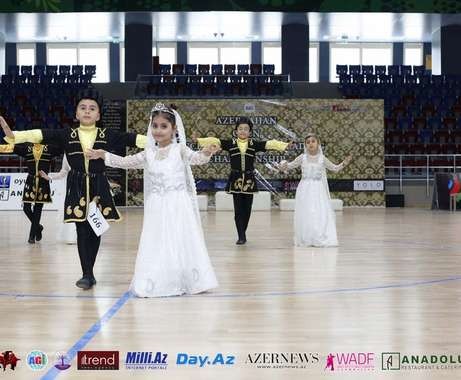 The festival brought together teams of national and foreign dancers. More than 4,500 participants took part in the sportive event.

The contest lasted for about 10 hours. The jury consisted 17 members, including Rimma Mamedova, Ulviya Gasanova, Veronica Talibova, Akif Kerimli, Tahir Eynullayev, Farid Ibragimov and many others.

The honorary guest of the championship was the President of Georgian Modern and Pop Dance Federation, Valentina Kuzmidi.

"This year the championship has turned to be full of events. In addition to pre-registered teams from the country's regions and nearby countries, there were also those who were registered at the last moment. Thus, the number of participants grew quickly to 6021 in 11 directions, 66 categories and 5 age categories. It's just an unprecedented scale! ", said Aziz Azizov, President of Azerbaijan Dance Association and Vice-Chairman Azerbaijan Youth Union.

He also thanked the event organizers -Fikret Khalilov and Hamid Hamidov for assistance.