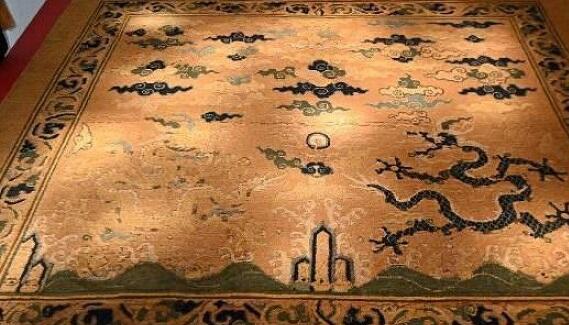 Axar.az reports that this was reported by the South China Morning Post.

Auction officials said the 5x4-meter carpet covered the floor under the imperial throne and signaled the ruler's connection to the sky.

Five-legged dragons and clouds are depicted on the carpet. Dragons symbolize the power of the empire.