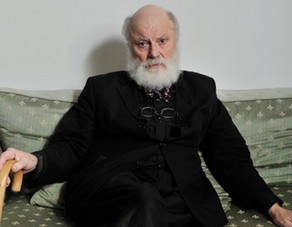 Geoffrey Hill, a poet regularly hailed as the greatest in the English language, died suddenly on 30 June at the age of 84.

Hill’s wife, the librettist Alice Goodman, announced his death on Twitter, “Please pray for the repose of the soul of my husband, Geoffrey Hill, who died yesterday evening, suddenly, and without pain or dread,” she wrote. Emmanuel College in Cambridge, where Hill was an honorary fellow, confirmed the news.

Filling the prestigious role of Oxford’s professor of poetry from 2010 until 2015, Hill was knighted for his services to literature in 2012 and was greatly acclaimed by critics and fellow poets. mercian Hymns, published in 1971, was a collection of prose poems that combined the life of the eighth-century Mercian ruler, King Offa, with memories of Hill’s own childhood in the Midlands. Broken Hierarchies, a collection published in 2013 that assembled 60 years of poetry, was judged by the Times Literary Supplement to be “work of the first importance”.