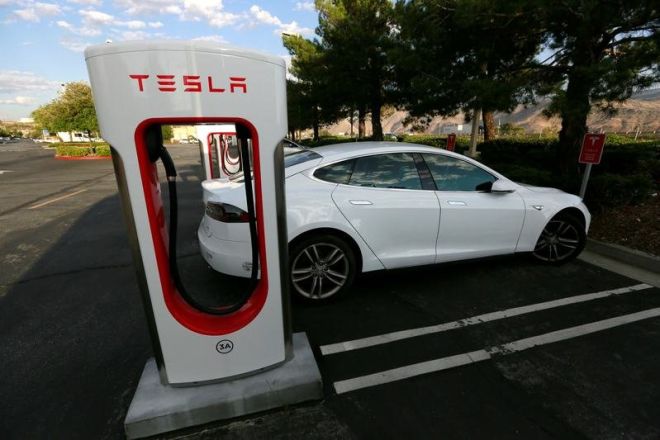 Half a decade ago, electric cars looked as if they were finally going to reverse a century of history and take their rightful place as the transportation choice of the future.

But the financial crisis killed off numerous startups, leaving Tesla the only major player. Traditional automakers rolled out their own electric vehicles, but consumers didn't buy them in significant numbers; only 1% of the current global car market has gone electric. We're now in a second wave of EV enthusiasm as longer-range cars come to market, addressing the key weakness of the previous generation of vehicles. It is costing automakers billions to develop and produce these cars on the assumption that demand will evolve in the coming years.

But beyond designing and building EVs that can travel more than 200 miles on a charge, car companies are also dealing with the other major hurdle EVs face: charging times.

Tesla has constructed an extensive Supercharger fast-charging network that can restore one of its vehicles to full charge in about an hour. Access to the network was free for all Tesla owners, but the company recently said it will start charging a fee to new owners. For Tesla, this is an effort to preserve the network for drivers on longer trips and discourage it as an alternative to much slower home charging.