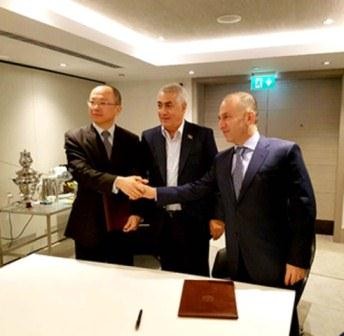 "Cargoes from China will be delivered to this hub and subsequently, will be transported to Turkey, Europe, Russia and other countries," he added.

He noted that the agreement was reached during a meeting of the delegations from the two sides in Turkey's Istanbul city.

Azerbaijan's transportation potential, the large infrastructure projects which are under implementation and the prospects for the future cooperation were discussed during the meeting, according to Azmammadov.

Following the meeting, the parties signed a protocol of intentions.

DHL is present in over 220 countries and territories across the globe, making it the most international company in the world. With a workforce exceeding 285,000 employees, it provides solutions for an almost infinite number of logistics needs.