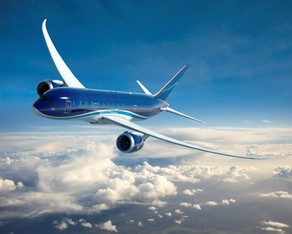 Flights from Baku to the Istanbul Ataturk Airport, where a terror attack occurred earlier, have been resumed, Pasha Kesamanski, the spokesman for AZAL said June 29.


The Azerbaijan Airlines CJSC (AZAL) has already carried out a flight at 08:45 (GMT + 4 hours), said the source.

Earlier, two flights scheduled from Baku to Istanbul were canceled due to the terrorist attack.

AZAL reported that the previously canceled flight from Istanbul to Baku is scheduled to be implemented at 13:00 (GMT + 4 hours). Earlier, this flight was scheduled for 11:30 p.m. Trend reported earlier that no passengers and employees of AZAL were injured.

A terrorist attack occurred at the Istanbul Ataturk Airport as a result of which 36 people were killed and 147 injured, according to recent information.