Britain is most obese country in Western Europe 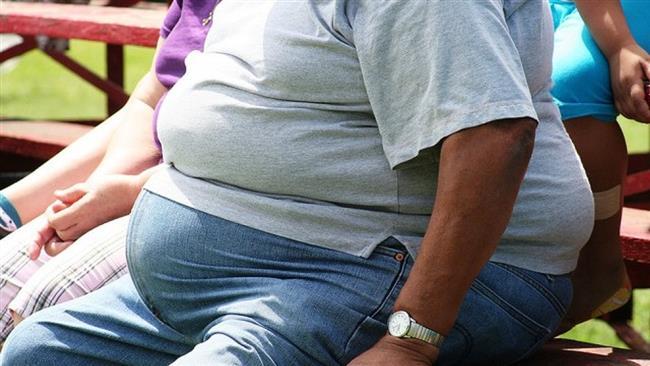 A new study finds that Britain is the most obese country in Western Europe and the sixth fattest nation in the world, with levels of obesity growing faster than in the United States.

According to the survey conducted by the Organization for Economic Cooperation and Development (OECD), obesity rates in Britain have doubled over the past two decades.The study, which tracks 35 industrialized nations, shows 63 percent of British adults are overweight, making the country the sixth heaviest nation in the world, coming behind Mexico, the US, New Zealand, Finland and Australia.

“Obesity has risen sharply since 1990, when it affected only 14 percent of adults,” said the OECD’s annual “Health at a Glance” report.

“The overall health of British people is similar to the OECD average, considering life expectancy and other general measures of health status … but obesity rates are considerably worse,” it added.
The report put the UK among countries with “historically high” rates, but said it was also the country where obesity was rising the fastest in the world – increasing by 92 percent, compared to 65 percent in America.

“Obesity means higher risk of chronic illnesses, particularly hypertension, cholesterol, diabetes and cardiovascular diseases,” the report added.Experts said Britain is aping the United States in adopting a "supersize" culture, which is being spread by American television and films.

Mark Pearson, deputy director of employment, labor and social affairs at the OECD, said obesity has become “the new normal” in the UK.

“In the UK we follow the lead from across the Atlantic. We are more influenced by the US than people living in Italy or other parts of Europe. You don’t need to be an expert to know that in Britain we watch a lot more American TV and movies than in France or Italy,” he said.
“But the other part of the problem is we didn’t take it seriously for many years. We let it get established. It is normal now for people in Britain to be enormously overweight,” he said.

“They look around and they see this is normal, in a way that you don’t see in other European countries,” Pearson said.

An independent study earlier this year revealed that nearly a third of the world’s population suffers from obesity and that an increasing number of people are dying of weight-related diseases.