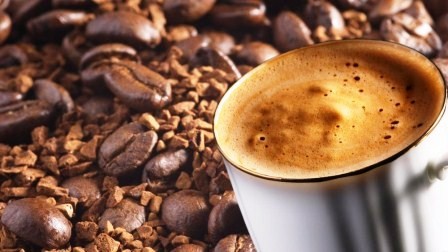 The study by the University of Southern California found the decreased risk was seen across all types of coffee, both caffeinated and decaffeinated.

Scientists suggest the brew packed with health boosting compounds protects against the cancer, one of the most common types of cancer diagnosed in the UK.

Each year around 40,000 new cases are diagnosed every year and about one in every 20 people in the UK will develop bowel cancer in their lifetime.

The chances of a complete cure depends on how far it has advanced by the time it is diagnosed.

If the cancer is confined to the bowel, surgery will usually be able to completely remove it.

Overall seven to eight in every 10 people with bowel cancer will live at least one year after diagnosis.

More than half of those diagnosed will live at least another 10 years.

Professor of Medicine Dr Stephen Gruber said: "We found that drinking coffee is associated with lower risk of colorectal cancer, and the more coffee consumed, the lower the risk.

"We were somewhat surprised to see that caffeine did not seem to matter.

"This indicates that caffeine alone is not responsible for coffee's protective properties."

Participants reported their daily consumption of boiled (espresso), instant, decaffeinated and filtered coffee, as well as their total consumption of other liquids.

A questionnaire also gathered information about many other factors that influence the risk of colorectal cancer, including family history of cancer, diet, physical activity and smoking.

Coffee contains many elements that contribute to overall colorectal health and may explain the preventive properties.

Caffeine and polyphenol can act as antioxidants, limiting the growth of potential colon cancer cells.

Melanoidins generated during the roasting process have been hypothesized to encourage colon mobility.

Diterpenes may prevent cancer by enhancing the body's defense against oxidative damage.

Postdoctoral fellow Dr Stephanie Schmit added: "The levels of beneficial compounds per serving of coffee vary depending on the bean, roast and brewing method.