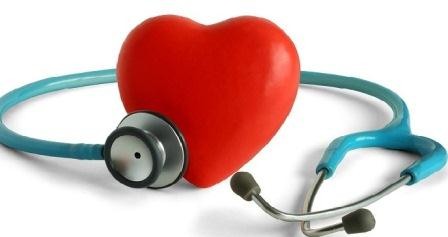 A smartphone app might offer an alternative for certain patients with an irregular heartbeat who must take risky blood-thinning medication every day to lower their risk for stroke.

New research suggests some people with atrial fibrillation might do just as well by diligently monitoring their pulse, perhaps recording their heartbeat via a smartphone EKG, and only taking such drugs on an as-needed basis.

Atrial fibrillation is a serious condition characterized by an abnormal or irregular heart rhythm. Uncontrolled, it can lead to blood clotting and stroke.

Blood-thinning drugs, called anticoagulants, are the usual treatment. For years, the blood thinner warfarin (Coumadin) has been the top go-to drug for such patients.

"The problem is that long-term use of anticoagulants is associated with an increased risk of bleeding," explained study co-author Dr. Francis Marchlinski. He is director of cardiac electrophysiology at the University of Pennsylvania Health System.

"So if you don`t need them continuously, it`s reasonable to try to avoid them as much as possible. Minor bleeding events can become a major event, or even life-threatening," Marchlinski added.

The new investigation focused on a newer class of blood thinners known as novel anticoagulants (NOACs). These include rivaroxaban (Xarelto), apixaban (Eliquis), and dabigatran (Pradaxa).

These drugs work faster than warfarin and can apply to a broader pool of patients, including those with "non-valvular" atrial fibrillation (abnormal heart rhythm unrelated to a heart-valve problem), researchers say.

Compared to warfarin, ongoing use of NOAC meds is less commonly associated with major bleeding, but bleeding resulting from NOAC use is considered more difficult to treat, the researchers explained.

This approach isn`t appropriate for all atrial fibrillation patients, however.

"This potential strategy for intermittent use is only intended for patients with electrocardiogram-demonstrated control of atrial fibrillation, who have undergone an extended period of monitoring, and who are avid pulse-takers that can recognize their atrial fibrillation if it occurs," cautioned Marchlinski, a professor of medicine at Penn`s Perelman School of Medicine. "In other words, it`s a very select group of highly motivated patients."

Marchlinski and his colleagues are scheduled to present their findings Friday in San Francisco at the annual meeting of the Heart Rhythm Society.

To assess the potential of an "as-needed" approach to anticoagulant use for atrial fibrillation, the team focused on 100 patients, aged 56 to 72, previously on a daily regimen of NOAC medications.

When the study was launched, none had shown signs of atrial fibrillation trouble for an "extended period of time." All checked their pulse twice daily, including nine who monitored their heart rhythm using a smartphone-enabled device.

Such devices have become increasingly accessible and accurate in recent years, the study authors said.

In close consultation with their physicians, the patients were given NOAC drugs to have on hand. The study participants were told to avoid taking them unless they suspected or were sure they were experiencing an atrial fibrillation-related event lasting between one to two hours. Patient-controlled twice daily pulse-monitoring was mandatory.

Over the following 18 months, about one-quarter of the patients had to take their NOAC blood-thinning medication at least once. Only six patients ultimately ended up returning to a daily regimen of NOAC, the study found.

Also, none of the patients experienced either a stroke or transient ischemic attack (mini-stroke). And only one experienced what was described as "a minor bleeding event."

Still, the researchers cautioned that the current study is an investigational "pilot study," and said more research will be needed to confirm the findings.

Dr. Gregg Fonarow, a professor of cardiology at the University of California, Los Angeles, seconded that point.

"As this was a relatively small study of a select group of patients with a modest follow-up period and without a control group, larger studies with longer-term follow-up are needed before this strategy should be further considered," Fonarow said.

Moreover, data and conclusions presented at meetings are usually considered preliminary until published in a peer-reviewed medical journal.