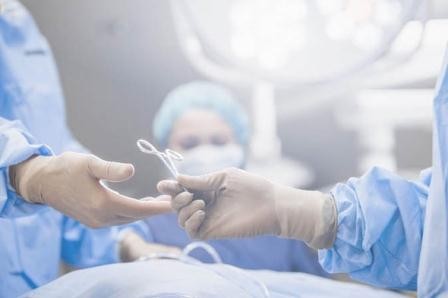 TWO centuries after a monster was created by fictional Doctor Frankenstein through a head transplant an Italian surgeon has announced plans to carry out the real thing in the creature's birthplace - Germany.


Author Mary Shelley set the novel in Ingolstadt in Bavaria.

Now real-life Frankenstein Sergio Canavero has announced "I hope to perform this procedure in Germany."

Dr. Canavero added; "A young English woman published what would become an icon to this very day: the fictional story of Victor Frankenstein, born in Italy into a Swiss family and educated at Ingolstadt, Germany, whose lofty goal was to create life and vanquish death for ever.

"That was also the goal of an Italian child that grew up amid hardship and tried to take that same leap: bring life and conquer suffering. That child was me.

"For 30 years, a childhood dream burned like bushfire in my soul, 30 years of painstaking research and exploration.


"My dream: to perform the first head transplant, and start the greatest revolution in the history of mankind. No less.”


He said thanks to Professor XiaoPing Ren of Harbin Medical University in China, and Professor Yoon Kim in Seoul, South Korea, who he has been collaborating with me for the past three years, the “dream is fast becoming a reality”


Dr Canavero added in an essay penned for Germany's popular Bild newspaper: ”After proving in Korea that a spinal cord can be reconstructed allowing animals to walk again, and in China that a monkey head can survive detachment and reattachment, that dream is fast becoming a reality. The first studies on cadavers.”

But the doctor claims his plans have received consternation in his home continent. And he is looking to overcome this.

He said: ”Russia is interested, too. They have understood how important this technological lead can be. Unfortunately, Europe has not.


"My idea has provoked a lot of misunderstanding, even hatred in Europe.

"But at heart, I am European. I would love to see my childhood dream be fulfilled here.
"As it stands, there are only three countries that would be scientifically and technologically able to perform this kind operation: the UK, France – and Germany.

"In fact, German technology is already part of this incredible project I codenamed HEAVEN!

"The mechanical structure that will connect the spinal cords is produced in Germany. So why not take this leap in medical history here?"

A Russian computer scientist Valery Spiridon is suffering from a muscle wasting disease. He wants to be Patient Zero for the spectacular operation

Dr Canavero said: ”I would love to perform this groundbreaking operation in Germany.

"Today, I am officially reaching out to you and ask Germany to help me realise the first cephalosomatic anastomosis in human history on German ground, and in the process live up to what you are: a country that set standards in medicine and technology for centuries."