The tragedy of Khojaly comes to Wenceslas Square 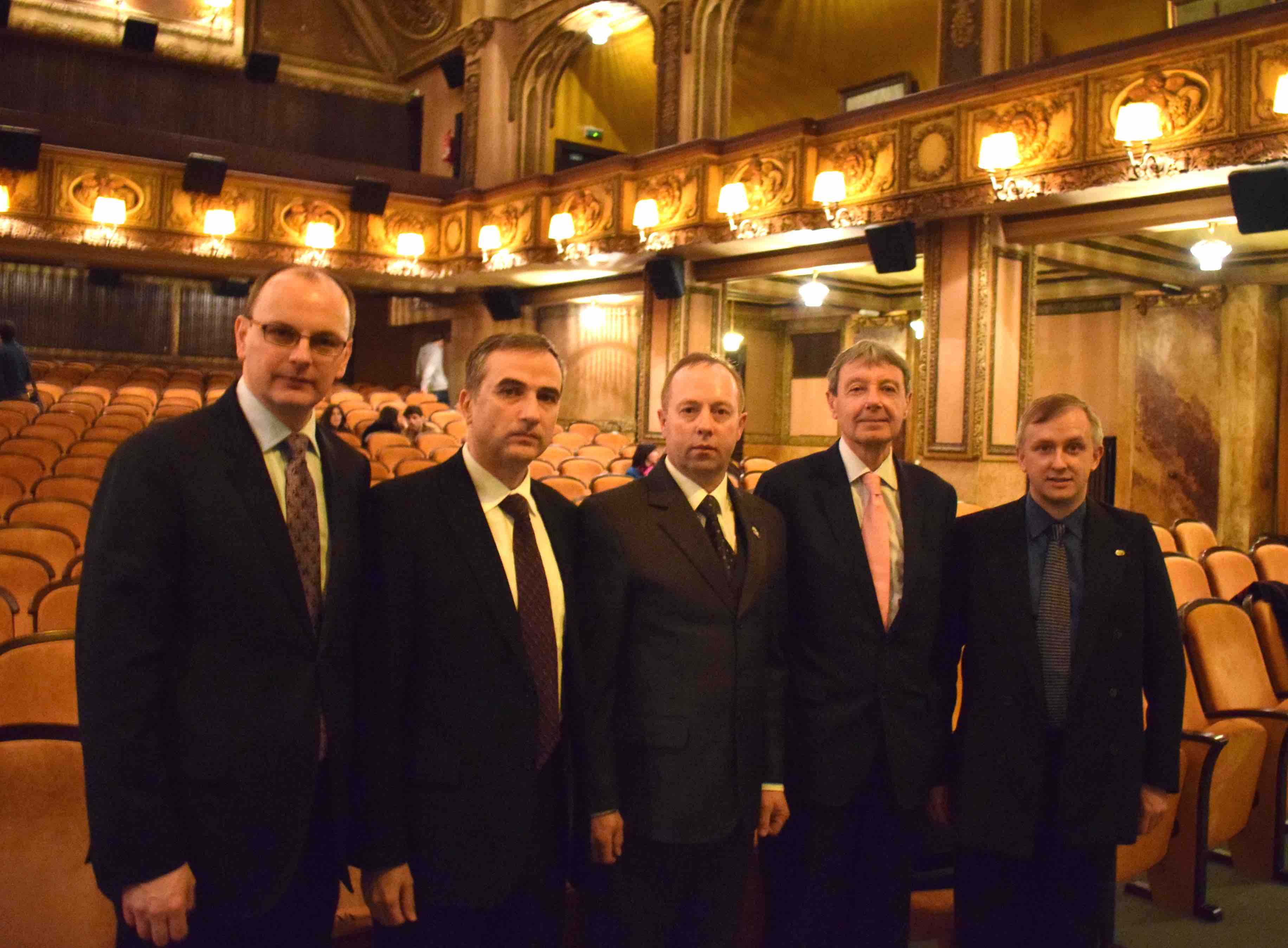 The month of February is always a sad one for Azerbaijan, and amongst those around the world who support the rule of law and the sanctity of human life. This is because, 25 years ago, that month saw the single worst atrocity of the Armenian–Azerbaijani conflict over Nagorno-Karabakh. The Khojaly Massacre took the lives of 613 civilians.

On 27 February, the multi-award winning independent documentary Endless Corridor – a US/Lithuanian co-production – was screened in the art nouveau-style Lucerna Cinema in Prague. Opened 110 years ago, this is the leading ‘art cinema’ in the Czech capital and is located just steps away from Wenceslas Square – an area that was central to demonstrations against Nazi and Soviet domination, and particularly the Velvet Revolution of 1989 that culminated in the attainment of Czech independence. The screening was organised within the Justice for Khojaly campaign and with the support of the Azerbaijani Embassy to the Czech Republic.

Speaking before the audience of 170 parliamentarians, journalists, humanitarians, friends of Azerbaijan and cinephiles, Roman Huna, Head, TEAS Benelux, welcomed the attendees. H.E. Farid Shafiyev, Azerbaijani Ambassador to the Czech Republic, commented: “The Khojaly Massacre was the worst event in modern Azerbaijani history. Two days ago, fighting between Armenian and Azerbaijani forces reignited in the region. The Khojaly Massacre does not belong to the past – and this violence reminds us that justice has not been done. We want to remind people in the Czech Republic that Azerbaijanis have suffered great losses.

“Speaking as someone who has roots in Karabakh, I can say that we want to return to our homeland and visit the graves of our ancestors, and to live in peace with our neighbours. I congratulate the journalist Ricardas Lapaitis, who had the courage to make this film amidst an international environment that can be hostile, or receptive to only one version of history.”

Vojtěch Filip, Vice-Speaker of the Parliament of the Czech Republic, stated: “Tonight we commemorate the Khojaly Massacre, one of the saddest occurrences during the Nagorno-Karabakh war. During the night of 25–26 February 1992, 613 civilians lost their lives, including 106 women, 63 children and 70 elderly people. We can and must not forget this atrocity. Unfortunately, Azerbaijani refugees and internally displaced persons (IDPs) are still unable to return to their homes and lands because of the illegal occupation of the Azerbaijani territory of Nagorno-Karabakh and seven surrounding regions by Armenia’s armed forces. Despite four UN Security Council Resolutions, there is still no progress.”

Lionel Zetter, Director, TEAS explained: “To commemorate the 25th anniversary of Khojaly, over the past week, TEAS has organised photographic exhibitions, concerts and documentary screenings like tonight in London, Paris, Berlin, Brussels, Bern, Geneva, Athens, Vilnius and right across Europe.

“Last night we were in Paris for a peace concert in a church. Very angry, aggressive Armenians besieged the church and unsuccessfully tried to stop the concert from going ahead. I am pleased to say that it was a great success. Endless Corridor really brings alive the events of that terrible night of 25–26 February 1992. I join Ambassador Shafiyev in paying tribute to Ricardas Lapaitis for his work and participating in the film, which brings the massacre to the attention of the world, and Europe in particular.”

Lithuanian journalist Ricardas Lapaitis – an eyewitness to the massacre, whose return journey to Khojaly is central the film – vividly recalled: “Today we commemorate 25 years since the massacre that happened in the town of Khojaly during the night of 25–26 February 1992 when Armenian military forces, with the support of the 366th Motor-Rifle Regiment of the Soviet Army, attacked the town of Khojaly in Nagorno-Karabakh.

“Armenia itself has confirmed its responsibility for perpetrating the events in Khojaly because the order to attack was faxed on 25 February at 20.50hrs. The Armenian Defence Ministry then confirmed that its forces were ready for combat in the territory of Nagorno-Karabakh.

“Undertaken by Armenian nationalists, this was the worst atrocity to be undertaken on former Soviet territory. All participants in this act of aggression against the civilians of Khojaly, including Serzh Sargsyan, the current Armenian President, are guilty.

“I hope that, one day, justice will be done and that those guilty of this massacre will stand trial before the jury of the International Criminal Court in The Hague.”

Despite the passing of four UN Security Council resolutions against the invasion, Armenia continues to occupy Nagorno-Karabakh and seven surrounding districts to this day. Currently nearly 20 per cent of Azerbaijani territory remains occupied, and nearly one million refugees and IDPs remain spread across Azerbaijan. The evening was dedicated to the memory of the Khojaly victims and those Azerbaijanis who have only one wish – to return home to live in peace with their neighbours.