There was a strong earthquake in the United States
﻿

Azerbaijani who saved thousands of Jews from Holocaust 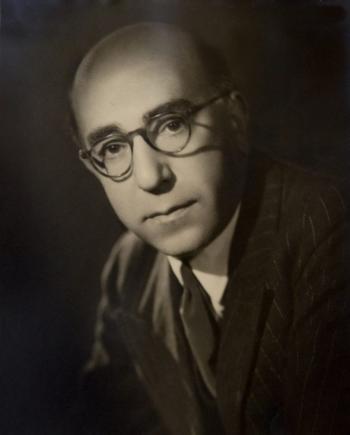 When he began his diplomatic service in Paris, he was hoping to have a calm, unencumbered life as a diplomat in one of the world’s most beautiful cities.

But very shortly after his arrival, this City of Love turned into a City of Hatred due to Nazi invasion. Many of his diplomat colleagues fled the city, including his ambassador. But he decided to stay in Paris – a decision that would change his life and the lives of thousands of others.

Axar.az reports that, Jewish Journal published statement about him.

Following his ambassador’s departure from Paris, the 26-year old Sardari Qajar was in sole charge of the Iranian mission there in his capacity as Consul General. This is when the hell broke out. Nazis and their French collaborators would search the country for each and every Jew to send them to death camps.

There were around 150 Jews from Iran, Afghanistan, and Uzbekistan (primarily from the city of Bukhara) in France. Once the northern parts of France were occupied by Nazis, these Jews presented themselves as ‘Jugutis’ to the collaborationist Vichy government and Nazi forces. Jugutis were Persian Jews who were practicing Judaism privately at home in Iran and were nominally shown in their official papers as Muslims.

In September 1940, the Nazi occupation forces ordered all Jews of France to register with the police. This is when Sardari Qajar understood he had to act. And act very fast. He sent a letter to the Vichy government arguing that Jugutis were actually well-assimilated Persians by culture and intermarriage and should not be considered Jews. He wrote:

“According to the study, the Jugutis of Central Asia belong to the Jewish community only by virtue of their observance of the principal rites of Judaism. By virtue of their blood, their language, and their customs, they are assimilated into the indigenous race and are of the same biological stock as their neighbors, the Persians and the Sartes (Uzbeks).”

By effectively arguing that Jugutis were also ‘Aryans’, hence racially akin to the Germans, Sardari Qajar actually beat Nazis in their own game.

After much persuasion, Sardari Qajar finally succeeded with his plan. When all Jews of France were forced to wear the yellow Star of David and 75,000 were sent to Nazi death camps, an exemption was issued for Iranian Jews. Moreover, Sardari Qajar started issuing new Iranian passports for Jews, without the consent from his government, which allowed them to leave Europe. This risky and selfless act of compassion saved around 3,000 Jewish lives as passports were issued for entire families and their friends.

Fariborz Mokhtari, the author of “In the Lion’s Shadow: The Iranian Schindler and his homeland in the Second World War,” noted: “[Sardari] started issuing these passports to Jewish Iranians because that was his main concern. But the Jewish Iranians had French or non-Iranian partners; some of them were married to non-Iranians. After he helped the Iranians, they went to him and asked him to help their friends. Sardari trusted the Iranians and therefore he trusted the people they introduced to him [and gave them] Iranian documents.”

Sardari Qajar’s life after the war was marked with many tragedies. He was devastated when the woman he loved and wanted to marry to – a Chinese opera singer – disappeared during her trip in China without a trace. He also faced much pressure in Iran in the early 1950s for “disobeying the government orders and overstepping his authority while in Paris”, eventually being forced to quit the diplomatic service and move to UK, where he passed away in 1981 in poverty.

He never sought any recognition for what he did. When Yad Vashem asked him in 1978 of his work in France, he answered: “As you may know, I had the pleasure of being the Iranian consul in Paris during the German occupation of France, and as such it was my duty to save all Iranians, including Iranian Jews.”

In 2004, Sardari Qajar was honored by the Simon Wiesenthal Center in Los Angeles, which has been home to many of the Jews he saved. Some other Jewish organizations have also honored and recognized this courageous Azerbaijani. I hope very much that the Simon Wiesenthal Center, U.S. Holocaust Memorial Museum and other Jewish institutions will finally do justice to Sardari Qajar, by properly recognizing his Azerbaijani heritage as well.

Considering the 2,000-year old peaceful co-existence of Jews with the Azerbaijani people, it is deeply meaningful that Sardari Qajar was of Azerbaijani descent. What Sardari did for Jewish people was a natural expression of who he was, and where he came from. He was cut from Azerbaijani cloth, made of courage and love for brotherhood that makes religion or ethnicity irrelevant. Sardari Qajar did what he was raised to do: respect and protect the sanctity of human life. Every human life.

As we see increasingly more ethnic, religious and racial hatred, engulfing different parts of world, stories like that of Sardari Qajar’s saving innocent people of other faith, risking their own lives, give us hope for the world where humanity trumps everything that divides the humankind.