An earthquake has occurred in Azerbaijan - Updated 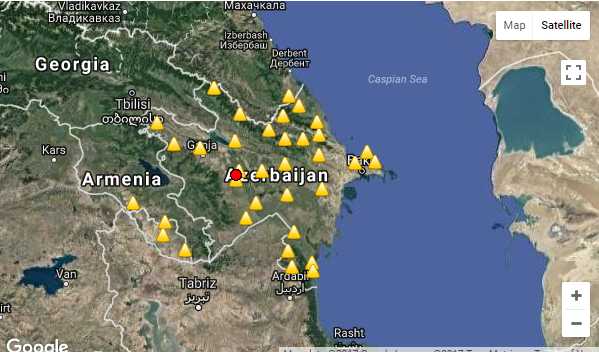 The earthquake was registered at 11.48 pm local time.

The quakes with 5-3-magnitude were felt in Shaki, Gakh, Zagatala, Aghsu, Ujar, Ganja and other regions of Azerbaijan

The hearth of the earthquake lay at a depth of 25 km.

An earthquake has occurred in Azerbaijan.

Axar.az reports citing Rеport that underground tremors were felt in the Western, North-western and Southern regions of the republic, including Mingachevir, Ganja, Yevlakh, Barda, Gakh, Zagatala and Lankaran.

According to preliminary estimates, the earthquake's strength was 4 points and lasted about 35-40 seconds.