Explosion at a chemical plant in Iran: there are injured 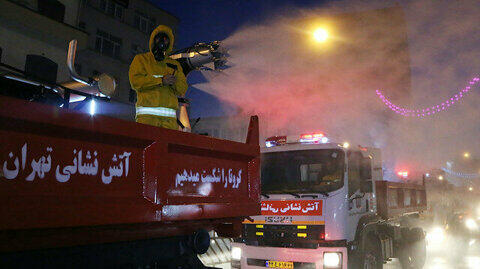 An explosion took place at the Moldan chemical plant in the Iranian city of Gum.

Axar.az reports that the statement came from Hamid Qureimi, a spokesman for the province's fire service.

After the explosion, fire broke out in several places at the plant. 150 firefighters and 20 vehicles were sent to the scene. The plant's staff was evacuated.

According to Qureimi, two firefighters were injured and two cars were severely damaged in the fire.

"The fire was extinguished, we prevented it from spreading to other warehouses, or there could have been a bigger fire," Qureimi said.