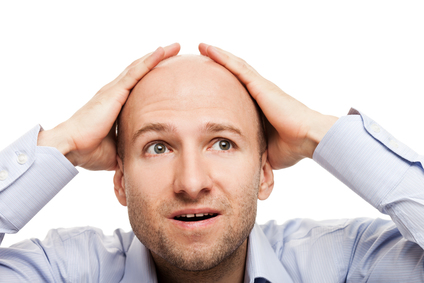 If one thing in this life is true, it’s that there is no shortage of successful bald men.

And that, according to research, is no coincidence.

Over three studies, led by Albert E. Mannes, 59 participants were shown pictures of men with a full heads of hair, and another of them with their hair digitally shaved off.

He found that the bald versions of the men were perceived by participants as more dominant, masculine and confident, taller and stronger than they actually were.

In fact, making them bald gave them an extra inch in perceived height.

There is a but, though.

Bald patches – in other words, a head that wasn’t completely bald – was seen as less attractive and weaker.

Mannes points to research showing that these traits, particularly dominance, are known to be indicators of how successful a person is.