What will happen in the event of Queen Elizabeth's death 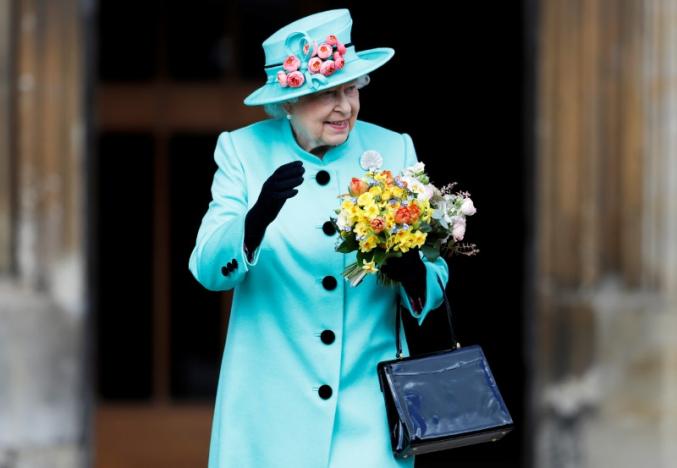 The Queen of England is quickly approaching her 91st birthday — and there's been lots of talk about what will happen when she dies.

Her death might still be a ways off (her mother lived to be 101) or it could be imminent (she's nearly a decade past the average life expectancy for UK women). Either way, the monarchy and the government have been preparing for the queen's passing for decades, according to a revealing, in-depth report published in the Guardian.

Writer Sam Knight interviewed historians, government officials, broadcasters, and sources close to the palace to learn details about “London Bridge,” the codename for the secret plan that will begin to unfold immediately when the queen dies and last until her funeral nine days later. Here's some of what Knight uncovered:

That means that the country has been preparing for her death since just after her accession to the throne in 1952.

2. TV stations and websites will roll out their pre-planned coverage.

Major networks and news outlets have been practicing for this. The Guardian's deputy editor already has pre-written stories and the Times has reportedly planned 11 days' worth of coverage. The ITN and Sky News networks have been rehearsing broadcasts for the queen's death for years.

British radio stations are equipped with blue “obit lights” that flash to signal DJs of major tragedies. During such a tragedy, DJs will switch to already-prepared music lists more appropriate for the somber mood. The BBC will stop airing satire shows, too.

When Edward VII died in 1910, his fox terrier Caesar led the mourners. His son's funeral procession was followed by his white pony named Jock. Queen Elizabeth II loves her corgis — so there's reason to believe they'll make an appearance sometime during London Bridge (the codename for the 10 days of mourning following the queen's death).

5. The queen will lie in state for four days.

Four days after her death, the queen's body will be moved to Westminster Hall, where it will lie in state for four days. Mourners will be able to pay their respects for 23 hours a day. When the queen's father died, 305,000 people came to Westminster Hall and waited in a line four miles long. Officials estimate that one million people will wait in line to see Elizabeth II.

6. On the day of her funeral, everything will go quiet.

The queen's funeral will take place in Westminster Abbey on the ninth day after her death. At 9 a.m. that day, Big Ben's bell will ring once, then the bell's hammer will be covered with a leather pad to dampen its tones for the rest of the day. At 11 a.m., when the queen's coffin reaches the doors of the abbey, the plan is for people across the country to fall silent. Train station announcements will stop, and bus drivers will pull over to the side of the road.

7. After the funeral, her coffin will be pulled by 138 sailors.

When the funeral is over, pallbearers will place the queen's coffin on the same green gun carriage used for the death of previous royals. 138 junior sailors from the Royal Navy will then pull the coffin through the streets. It's a tradition that dates back to 1901 when Queen Victoria’s funeral horses threatened to run off and a group of young sailors stepped in to take their place.