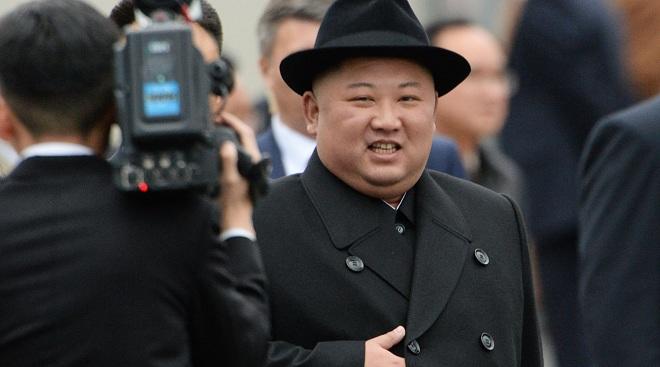 There isn’t a lot of information about the world’s youngest dictator.

Axar.az reports that he doesn’t talk about his personal life, and you can find very weird things in his official biography. Your only chance to find something out about this man is to read what very observant journalists write or to read the reports from South Korean intelligence.

Brightside decided to collect some interesting facts about the most unpredictable politician of modern times. Maybe he is not that scary at all?

1. His date of birth is unknown.

Kim Jong-un was born on January 8 or July 6, 1982, or maybe 1983. Or maybe 1984. Why such a mystery? It is said that the leader wants to look older and more mature, so his official date of birth is 1982. But South Korean intelligence claims that Kim Jong-un was actually born 2 years later.

Anyway, he is one of the youngest leaders in the world.

2. His eyebrows are becoming shorter.

In photos taken in different years, it is clear to see that there is something weird going on with the North Korean leader’s eyebrows: they are becoming shorter. It is believed that he has them made to look more like his father, Kim Jong-il. Of course, it’s just a theory, and it would be even stranger for Kim Jong-un to address this matter in an official statement.

3. His childhood is a mystery.

This man doesn’t want to publish his childhood photographs either. However, in 2014, this shot and some others were shown on the screen during a big military holiday in North Korea. Allegedly, they are pictures of the country’s leader from when he was young, but nobody knows for sure if it is really true.

4. He chose girls for a local pop band.

There is pop music in North Korea, but it is not similar to what we know. For example, instead of the musicians with long hair that pop singers often have in their bands, North Korean bands have military orchestras. In music videos, they have to show how well North Korean people live.

One of the most famous girl bands in North Korea is “Moranbong” (we are sure you want to see the video from their concert). It is said that the leader himself chose the girls for the band.

5. He has several official titles.

6. He was educated in Switzerland under a different name.

In a very prestigious school near Bern, Switzerland, there was a student from North Korea from 1998 to 2000. He was registered as a member of the embassy. He didn’t state what his real name was. It’s hard to tell if it was the future North Korean leader by looking at these photos. But the people who learned with him are absolutely sure that it was Kim Jong-un himself. They remember that he was a funny person, and he was interested in sports much more than politics. And he wasn’t a good student.

7. He loves basketball, and he is friends with Dennis Rodman.

The same school friends also claim that in his youth, Kim Jong-un used to draw the basketball star Michael Jordan. And it’s true that the politician loves basketball. In 2013, he even met Dennis Rodman and showed him his personal island. Despite the enormous difference between these 2 people, they became friends. Dennis says, “Maybe he is a psychopath, but I didn’t notice that.”

8. He laughs and smiles in every photo.

It might seem a little strange that the leader of such a serious country smiles so much, but it’s actually for a reason: Kim Jong-un needs to demonstrate to the people that he is the personification of joy.

9. He has a hipster-like haircut.

It is funny, but there is nothing strange about Kim Jong-un’s haircut. Actually, this is a simple military haircut. You can see such a haircut on Brad Pitt in Fury and on millions of hipsters around the world.

The dictator’s haircut looks strange because he wears it the wrong way. He brushes his hair strangely, and it looks bad because of the shape of his face. Rumor has it that he doesn’t trust barbers and cuts his hair himself.

10. He doesn’t need to visit the bathroom.

At least, that’s what the North Korean people believe. The same could be said about his father, Kim Jong-il (you can read about this in his official biography).