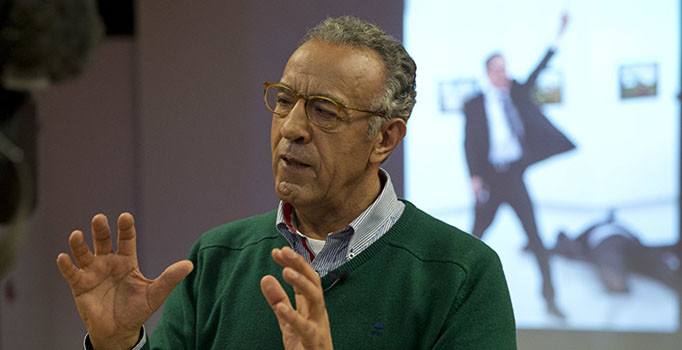 Axar.az presents the exclusive interview with the photographer of Associated Press agency Burhan Ozbilici who has recorded moment of the murder of Russian envoy Andrey Karlov by Riot Police Regiment officer Mert Altintas in Ankara Contemporary Art Center on 19th of December:

– The incredible photo that was shot by you during an incident in Ankara Contemporary Art Center was in the center of attention of world media for several days. You have witnessed a historical crime and wrote everything in history with great courage by being there. How did this affect you?

– Murder of really innocent man – Russian ambassador, very good person at the same time Andrey Karlov has deeply saddened me. I was shocked at first, but did not panic. That was a massive incident and it was my duty as a journalist to record it. It was really hard, but I resisted with my whole power, mind, experience, courage, prayed for a miracle and tried to do my work. I wish that good man wasn’t killed, this terrible incident did not happen… – Does your point of view about the world and your job change after witnessing such incidents?

– There was no great change about my point of view about the world or my job. Now world saw and understood how bad is Syrian war, an importance of independent and professional journalism in the font of peace, democracy and human rights. It was a good and courageous example for young journalists. – Can we call your photo from Karlov murder as a masterpiece? Or you think more positive photo which is full of life deserves this name more?

– I love my photos in which I helped people and wrote news in Pakistan war (in 2005) and other disasters, people who needed help, wounded during the war. Photos of Karlov murder are important from historical point of view, but I don’t like them at all. – According to information we have, you have been to Azerbaijani lands Karabakh too. It would be really good to know your memories about Karabakh…

– I have been to Nagorno-Karabakh from the end of November of 1991 until the beginning of December. I saw how bad thing was war, death of innocent Azerbaijani Turks during this period, witnessed them leaving their houses and it has really saddened me. I have witnessed war and pain in Aghdam, Shusha, Kalbajar and territories around them. Back then, Nagorno-Karabakh newspaper wrote about me: From peaceful Ankara to burning Karabakh…”