An hour with Ambassador - Interview with Mr. Adel Ibrahim 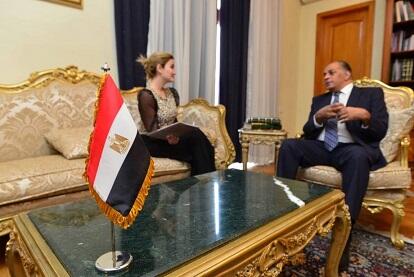 Axar.az presents the interview with Ambassador of the Arab Republic of Egypt to Azerbaijan Adel Ibrahim:

– There are allegations that Egypt has recently shared its leadership in the Arab world with Saudi Arabia. What do you think about it?

– Egypt has always been a key player in the Middle East with a leading and supportive role to maintain peace and stability in the region. Egypt successfully hosted the first Arabic European summit in February 2019 that was a great opportunity for the leaders from both sides to emphasize the need for greater strategic cooperation between the EU and the Arab world, promoting a relationship, and discuss joint concerns. Furthermore, President of Egypt was elected to be the chairperson of the African Union for 2019 signaling the trust of the African countries in the credibility and transparency of Egyptian leadership.

– How would you describe Azerbaijan-Egypt relations with three words?

– What is Egypt’s general position on the Nagorno-Karabakh Conflict?

– Egypt always supports international legitimacy in all cases without any discrimination, and in that regard we support Azerbaijan in its legitimate rights for its territorial integrity. Egypt’s support the international efforts exerted by Minsk group to find a peaceful solution to the Nagorno-Karabakh conflict. Furthermore, Egypt encourages on the importance of enhancing international peace and security, as well as resolving the conflicts by peaceful means through negotiations, as in Middle East we have suffered from the woes of war its high cost as it leads to the spread of terrorism and extremism and endless problems. 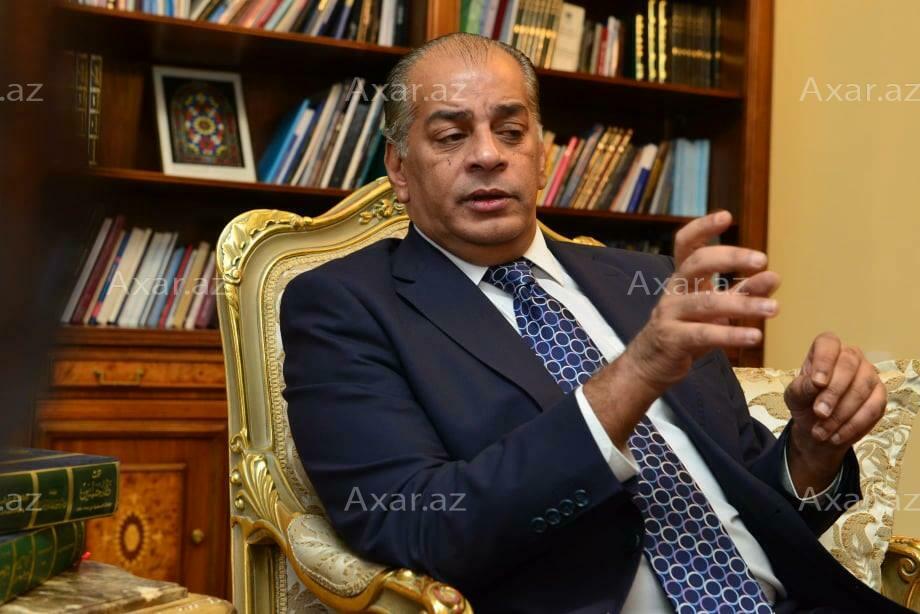 – Mr. Ambassador, Egypt is one of the first Countries to recognize Azerbaijan’s independence. How can you assess current political and economic relations between Egypt and Azerbaijan? What were the major achievements of the two Countries over 27 years of diplomatic relations?

– Egypt and Azerbaijan enjoy historical cordial and excellent relations on both bilateral and multilateral levels. Egypt was at the forefront of Countries that recognized the independence of Azerbaijan on December 26, 1991 and started diplomatic relations on April 9, 1992. The late President of the Republic of Azerbaijan, national leader Heydar Aliyev’s official visit to in 1994 is considered the actual beginning of diplomatic relations between Egypt and Azerbaijan and high-level visits between both Countries that led to the development of relations and to strengthen collaboration in various fields. Furthermore, there is great coordination and mutual support in international organizations.

Governments of Egypt and Azerbaijan signed several agreements in different sectors to enhance cooperation between both Countries in economic, cultural, educational, security, aviation, tourism, information technology, agriculture, and other fields. Although those agreements had a positive impact in further strengthening the relations, there are still some agreements pending to be signed on a time to be agreed on by both sides, as there are still several opportunities to develop the relation to a higher level.

– How do you see Azerbaijan’s role in the region involving in the next few years?

– The development going on in the Azerbaijan is a key significance for strong leadership of His Excellency President Ilham Aliyev on continuously working and exerting efforts for improving and developing the Country, as well as Azerbaijan being an active player on both regional and international levels. In addition to that I believe Azerbaijan is considered to be a unique model of religious tolerance and peaceful coexistence between members of different religions. 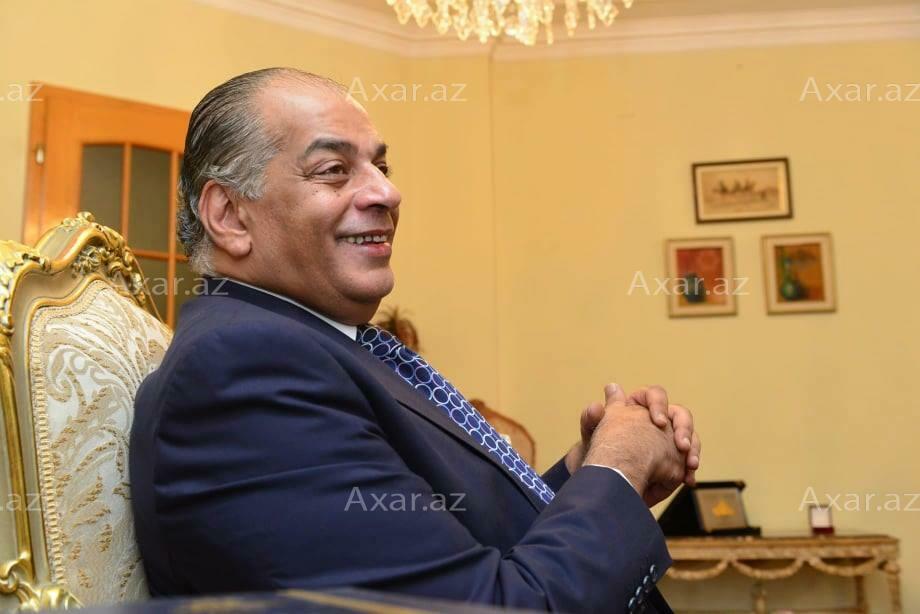 – What is the biggest challenge you have faced since becoming an Ambassador?

– Actually there weren’t any specific challenges as I was keen from my first working day in Baku to knock all the doors and exerting efforts to promote and strengthen bilateral relations in various fields, and the Azerbaijani officials expressed their willingness to assist in that regard, to pave the way for the first visit of His Excellency President Abdel Fattah Al Sisi’s visit to the Republic of Azerbaijan in the near future that would further enhance and boost relations between both sides in all spheres.

– I am aware that your diplomatic mission started in Azerbaijan in February 2018, since then what’s been your valuable memory in Azerbaijan?

– I believe that my most valuable memory in Azerbaijan is having the honor to present my credentials to His Excellency President Ilham Aliyev within less than 48 hours from my arrival to Baku as this is a very rare incidence that proves the strength of historic relationship between both Countries.

– You have been serving as the Ambassador of Egypt in Azerbaijan for more than one year now. Has your impression toward Azerbaijan changed over this period, particularly from the expectations you had before coming to the Country?

– I am very pleased to be working in Azerbaijan, and I feel so comfortable and embraced by the hospitality of Azerbaijani citizens. I felt myself here as I am in my second homeland and I am keen not only to be Ambassador of Egypt to Azerbaijan but also to be Ambassador of Azerbaijan to Egypt as well. Naturally, this warmth proves the strength of historic relationships and significance of wide range of opportunities for further development of bilateral relations based on mutual benefits of the two Countries. 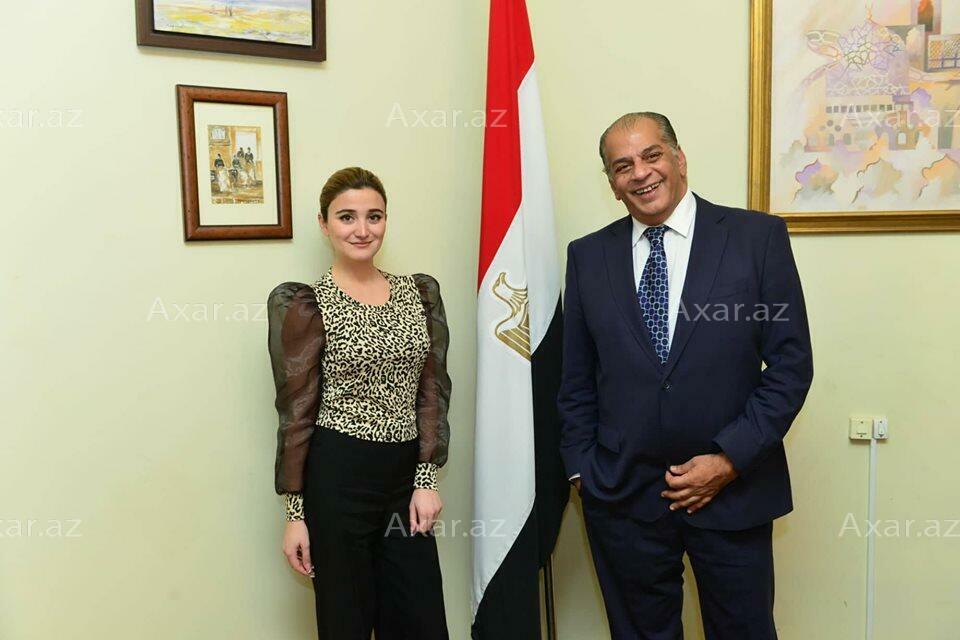 – You have been here for a while. You know local people, national cuisine, and culture. What do you think the Egyptian and Azerbaijani people have in common?

– There are historical cultural relations and ties dating long time ago between Egypt and Azerbaijan, as well as existence of common traditional links between both sides that are considered to be one of the main pillars of enhancing cooperation between citizens of both Countries.