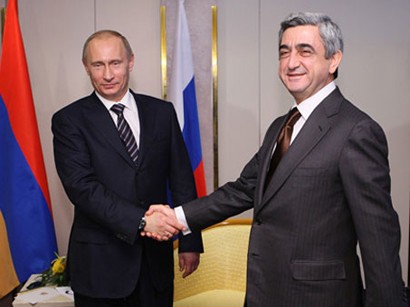 Russian President Vladimir Putin will meet with Armenian President Serzh Sargsyan in Moscow March 10, according to the statement of Kremlin’s press service.

It is planned to discuss key issues of bilateral cooperation in trade and investment, energy and humanitarian spheres, as well as prospects for development of integration processes in the Eurasian space during the forthcoming talks, according to the press service.

In addition, the leaders will pay attention to issues of the Nagorno-Karabakh conflict settlement.