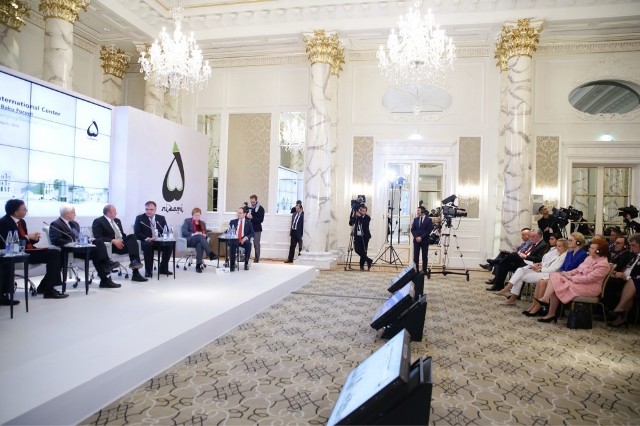 Fighting terrorism was discussed during the panel on “The State of the World Today and what we need for tomorrow to tackle most pressing issues” held as part of the 4th Global Baku Forum March 10.

Addressing the event, Montenegrin President Filip Vujanovic said that all challenges of the modern world require a global response.

All necessary measures should be taken to ensure peace and stability, said Vujanovic.
He noted that such energy projects as the Southern Gas Corridor, TANAP and TAP will contribute to stability in the region.

They can be rightfully called the projects of the century, Montenegro’s president added.

The panel discussions focused on fighting terrorism, especially the threat posed by the “Islamic State” (IS aka ISIS, ISIL or Daesh) terrorist group and counteracting this threat.
The 4th Global Baku Forum titled “Towards a Multipolar World” kicked off March 10.

The Forum has been organized by the Nizami Ganjavi International Center in partnership with the Interaction Council, the Club of Madrid, Library of Alexandria, the Club of Rome and World Academy of Science and Culture.

Over 300 delegates from 53 countries attend the forum.

The two-day forum will focus on topical issues such as the role of interreligious dialogue in conflict prevention, migration, multiculturalism, integration and global security. The forum's agenda also includes prospects for energy and global management issues.