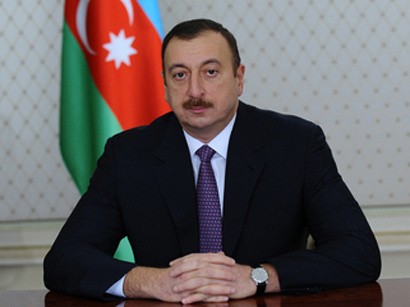 Saying the 4th Global Baku Forum has already become a big international event, the head of state expressed his satisfaction with the fact that the number of influential guests participating in the event increases.

Expressing his gratitude to President Aliyev for inviting him to the 4th Global Baku Forum, Albanian President Bujar Nishani stressed that the event, where representatives of various countries came together, created a good opportunity for discussing a number of important issues facing the world countries.

Touching upon the close friendly and partnership relations between the two countries, Bujar Nishani said there were good opportunities for strengthening the cooperation in all areas.

Bujar Nishani personally thanked President Aliyev for supporting the development of the bilateral relations and for his friendly attitude to his country.

He noted that Albania is interested in developing ties with Azerbaijan. Noting there are similarities in the history of Albania and Azerbaijan, Bujar Nishani underlined the significance of the two countries` joint activity towards addressing a number of important issues.

Emphasizing that Azerbaijan achieved rapid growth within a short space of time, the Albanian president said it could be an example for the region and other countries.

Bujar Nishani hailed President Aliyev`s supporting a number of important projects, including TAP. The Albanian leader said this project is of vital importance not only for participating countries, but also for entire Europe.