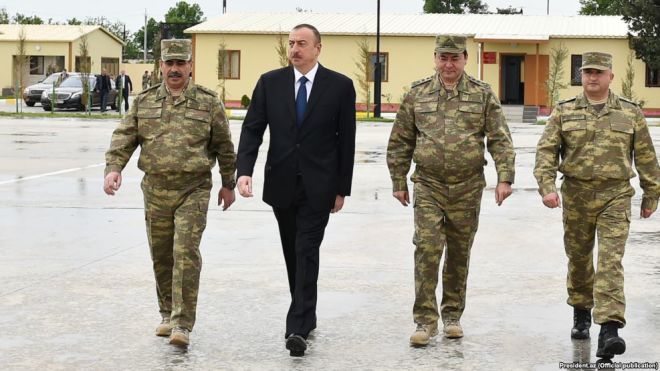 President of Azerbaijan, Supreme Commander-in-Chief of the Armed Forces of Azerbaijan Ilham Aliyev inaugurated new military unit of the Defense Ministry in Tartar district on December 3.

The military unit has a headquarters, two barracks, a dining room, a canteen, an infirmary, bath and laundry and sports facilities and a car park.