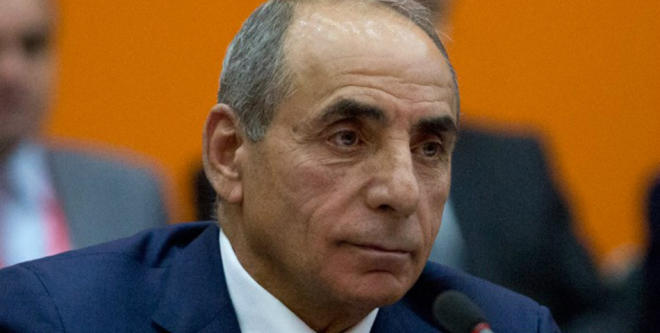 A book of condolence to honor the memory of Russian Ambassador to Turkey Andrey Karlov opened at the Russian Embassy in Baku on Tuesday.

Early this morning, ambassadors and diplomatic representatives of Germany, Cuba, India and other countries, MPs and local public figures came to the embassy to offer their condolences to Russian ambassador Vladimir Dorokhin.

On behalf of the Azerbaijani government, Deputy Prime Minister Yagub Eyyubov came to the embassy and signed the book of condolence, extending his condolences to the Russian ambassador over the murder of Andrey Karlov.

Yagubov told the ambassador that Azerbaijan and Russian have always been and will always be together.

The Russian diplomat was shot to death by an armed gunman on Dec. 19 evening while he was about to end his speech during the opening of a photo exhibition devoted to Russia in the Center for Contemporary Art in Turkey’s capital Ankara.

The attacker, identified as police officer Mert Altintas, was killed by local security forces shortly after.