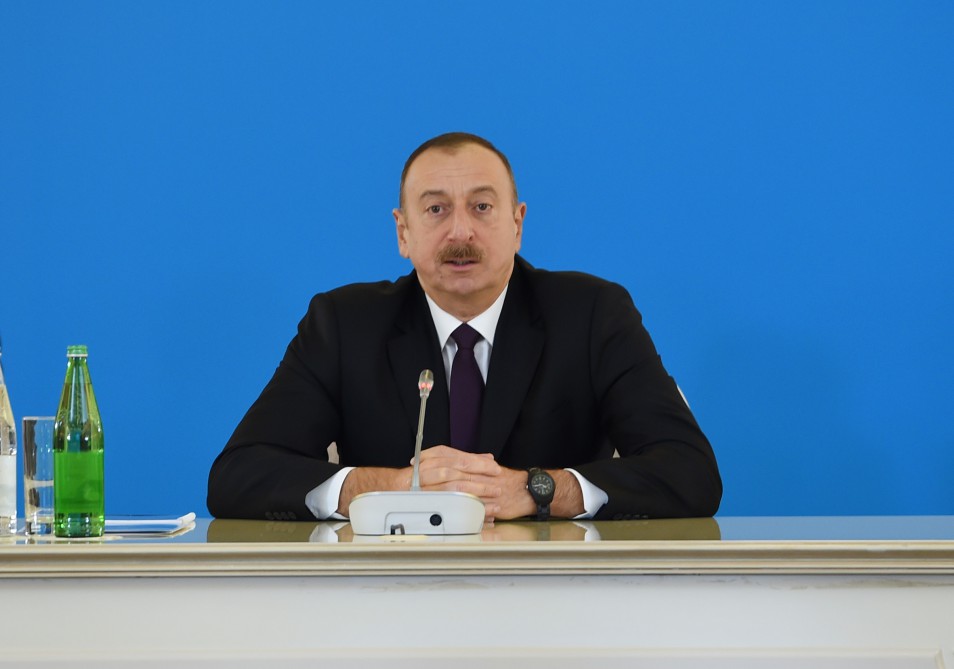 Economical Cooperation Organization has launched XIII Summit on 1st of March in Islamabad, capital of Pakistan.

The summit started with the recitation of ayahs from the Quran.

President Aliyev made keynote remarks at the summit.

The head of state thanked Pakistani Prime Minister Muhammad Nawaz Sharif for the hospitality and excellent organization of the 13th ECO Summit, noting that Azerbaijan had hosted two ECO summits in 2006 and 2012.

President Aliyev said Azerbaijan has good relations with countries that are members of this organization and is strengthening economic ties with its partners on both bilateral and multilateral levels.

The head of state then announced Muhammad Nawaz Sharif’s appointment as Chairman of the 13th ECO Summit and wished him success in his activities.

President Aliyev stressed that the friendly and fraternal relations between Azerbaijan and Pakistan are based on mutual trust and support. The head of state thanked Pakistan on behalf of the people of Azerbaijan for not having built any diplomatic relations with Armenia, which has occupied 20 percent of Azerbaijani territory.

The president also mentioned to the guest the consequences of the Nagorno-Karabakh conflict and Armenia’s ignoring international law, noting that Pakistan is one of the 10 countries that have recognized the Khojaly genocide officially.

Ilham Aliyev said Azerbaijan attaches great importance to solidarity among Muslim countries, mentioning that the year 2017 has been declared the “Year of Islamic Solidarity” in Azerbaijan.

The president wished success for members states of the Economic Cooperation Organization.