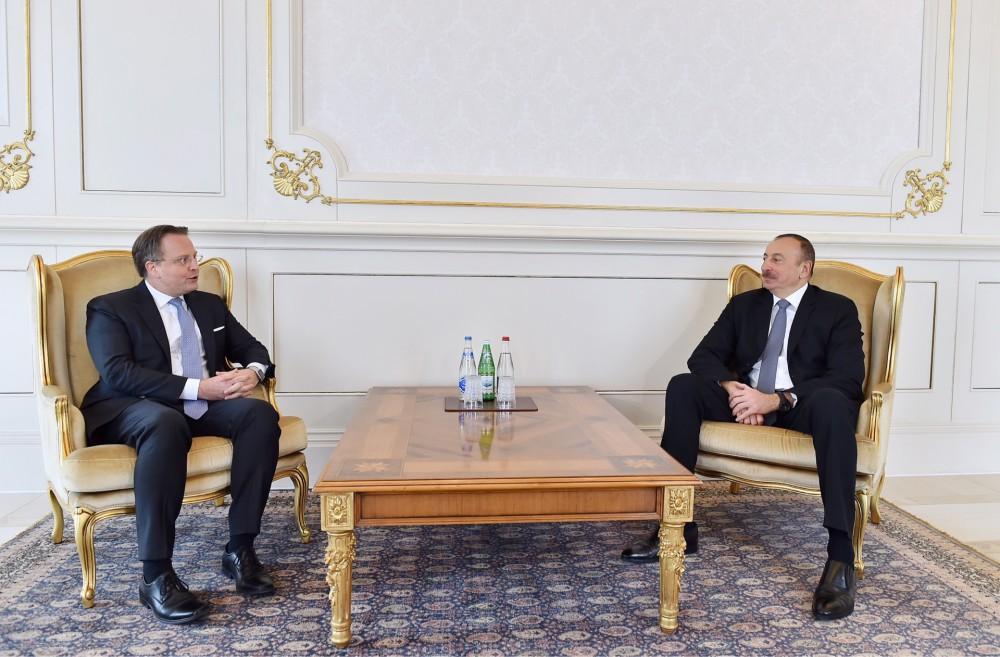 Denmark supports the territorial integrity of Azerbaijan, the newly appointed ambassador of Denmark to Azerbaijan, Svend Olling, said at a meeting with Azerbaijani President Ilham Aliyev.

The head of state stressed the necessity of developing bilateral relations between Azerbaijan and Denmark in various areas, including in the field of economy.

President Aliyev noted low level of cooperation between the two countries in the economic sphere, including trade, and underlined the need to have more business contacts.

Noting that Carlsberg operates in Azerbaijan, he pointed out now they attract investors to Azerbaijan`s food industry.

The ambassador said the Danish companies will bring modern technology to Azerbaijan, and they plan to open a turkey factory in Ismayilli district jointly with Azerbaijan's partners. The Danish diplomat noted that an agreement on elimination of double taxation will be signed between the two countries, and vowed he will spare no efforts to contribute to expanding the bilateral bonds.

The head of state underlined that the Danish companies' investing in non-oil sector of Azerbaijan's regions correspond to Azerbaijan's economic policy, and stressed the importance of it in terms of developing regions, expanding local production, reducing dependence on imports and increasing export opportunities.

They also exchanged views over the Armenia-Azerbaijan Nagorno-Karabakh conflict.

The Danish diplomat noted that his country supports the territorial integrity of Azerbaijan.