DM: Our army is supplied with destructive weapons 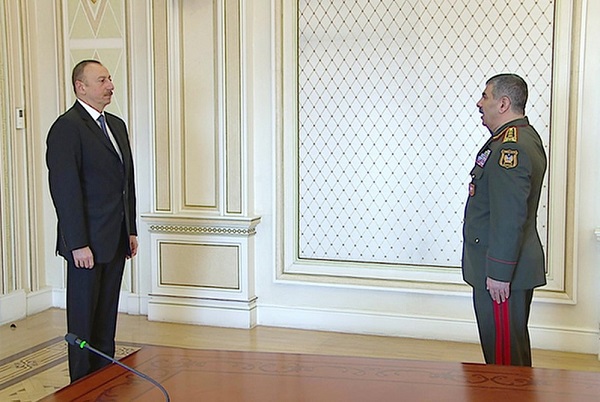 Azerbaijani army is supplied with new, advanced, destructive weapons, military vehicles and equipment thanks to reforms ordered by you.

Axar.az reports that it was said by Azerbaijani Defense Minister Zakir Hasanov to President Ilham Aliyev at the meeting of Supreme Commander-in-Chief of Azerbaijani Armed Forces with military servicemen.

Minister informed about current state of army, soldiers and servicemen. He mentioned that military mini - cities were established and bases are strenghtened after reforms. General also delivered appreciation of soldier parents to president regarding conditions created for their children.

In the end minister expressed his gratitude regarding president's attention to military forces.