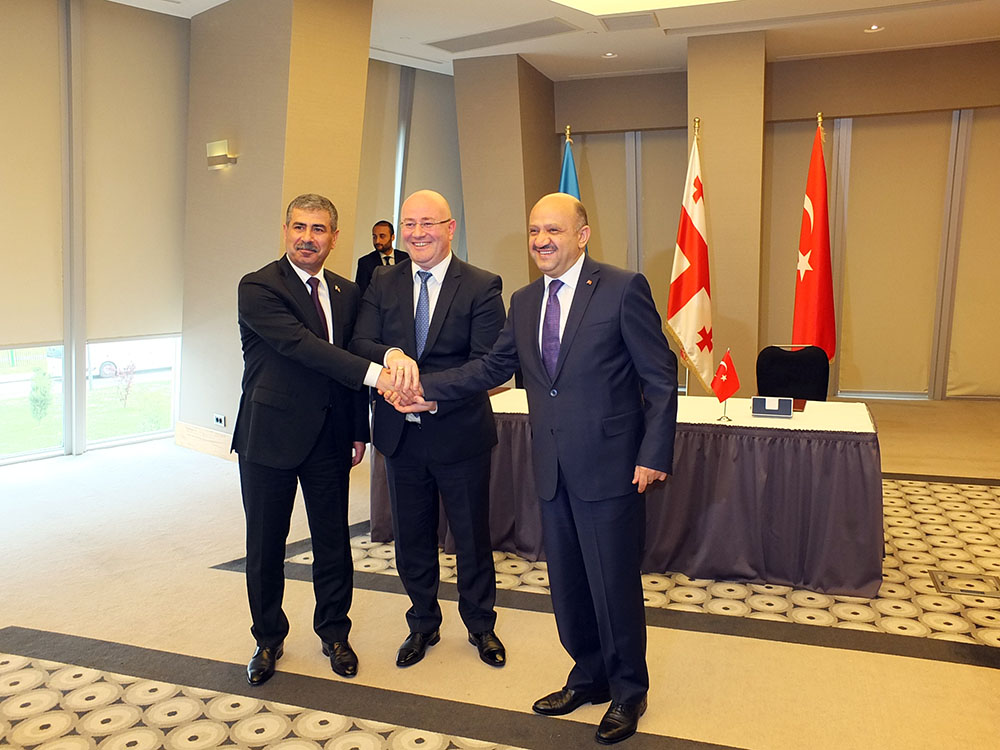 The military-political situation in the region as well as regional security issues were thoroughly discussed and the exchange of views on the prospects for tripartite military cooperation was held during the meeting.

Noting the negative impact of international terrorism and aggressive separatism on peace, stability and development in the region, the sides stressed the importance of joint actions to confront threats directed against the security of states.

The ministers considered the prospects for cooperation in the military sphere, in the field of military education and military medicine, as well as conducting of joint military exercises and a number of other issues of mutual interest.

At the end of the meeting, a joint protocol was signed, followed by a press conference for representatives of the media.