"We invite both of our northern neighbors to restraint" 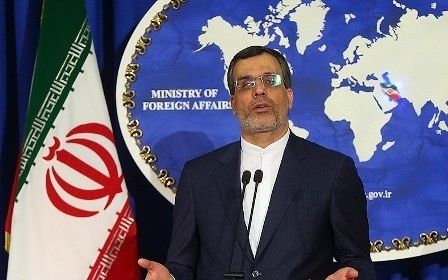 Iran's Foreign Ministry urged the Republic of Azerbaijan and Armenia to show restraint and avoid any move that can escalate their tensions.

'We invite both of our northern neighbors to restraint and avoiding any action than can turn the situation more difficult,' spokesman Hossein Jaberi Ansari said on Saturday.

'Whereas the region is witnessing destructive acts of extremist groups and needs tranquility and stability, hearing of escalation of clashes in the Karabakh region between Azerbaijan and Armenia is source of deep concern for the Islamic Republic of Iran,' he added.

'We urge Azerbaijan and Armenia to cease clashes promptly and use all their might to restore tranquility and peaceful settlement of differences within the peace groups and under the United Nation,' the spokesman said.