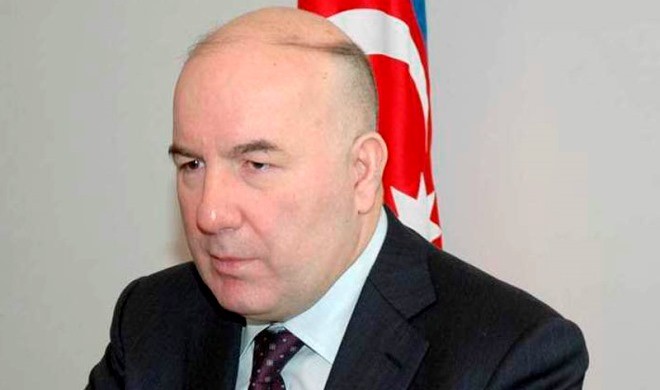 He said that Rustamov will visit Iran due to his Iranian counterpart Valiollah Seif's invitation.

"The head of CBA will have a meeting with Iran's Minister of Economic Affairs and Finance Ali Tayyebnia over the ways of boosting bilateral relations". Touching upon the importance of economic relations, Iranian ambassador said that establishing a joint bank is an agenda in the negotiations between Baku and Tehran.

Before, Mahmoud Vaezi, minister of communications and information technology of Iran, co-chairman of the intergovernmental commission, said in an exclusive interview with Trend last August that Iran and Azerbaijan discuss creation of a joint bank and the opening of branches of the two countries' banks in Baku and Tehran.

He said the branches of the new bank will operate in both Azerbaijan and Iran. Vaezi went on to add that several private banks of Iran are interested in entering the banking market of Azerbaijan.

The two countries have limitations in the banking sector now, therefore, cooperation between banks isn't at an appropriate level yet, Vaezi said. "There is a branch of Bank Melli Iran in Azerbaijan, but it is not active," the minister said, adding that preliminary talks on these issues were already held, and it is expected that they will be resolved during the visit of the head of the Central Bank of Azerbaijan Elman Rustamov to Iran.