The resolution of German Parliament is political order 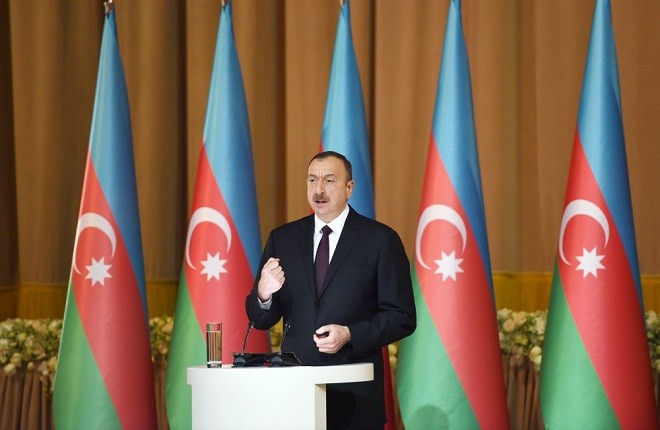 He made the remarks while making a press statement jointly with the Turkish Prime Minister Binali Yildirim in Baku June 3.

Ilham Aliyev noted that this is injustice, a manifestation of double standards and distortion of history.

The president stressed that the Bundestag’s resolution is a political order.

“It has political sides. They probably want to force Turkey into something or affect Turkey’s independent foreign policy. The Armenia issue is only a pretext, which is a card in the hands of big states,” he said.

He noted that Azerbaijan is facing a similar situation too.

“In 12 June 2015, the German parliament passed a resolution based on lies against Azerbaijan. They claimed that human rights are violated in Azerbaijan, which is clearly a lie,” Ilham Aliyev said. “Democracy is flourishing in Azerbaijan, whose people enjoy free access to the internet. How could freedom of speech be violated where there is free access to the Internet? Azerbaijan ensures freedom of assembly. We see today how peaceful demonstrators are insulted in Europe.”

The head of state recalled that during the opening of the first-ever European Games in Baku the German parliament passed an anti-Azerbaijani resolution.

“This was teasing with us. Those who adopted these resolutions against Azerbaijan and Turkey made a big historical and political mistake. The provocations devised against us showed that the only we can be strong is through unity. Turkey-Azerbaijan unity is a factor, which no one can deny,” he said.