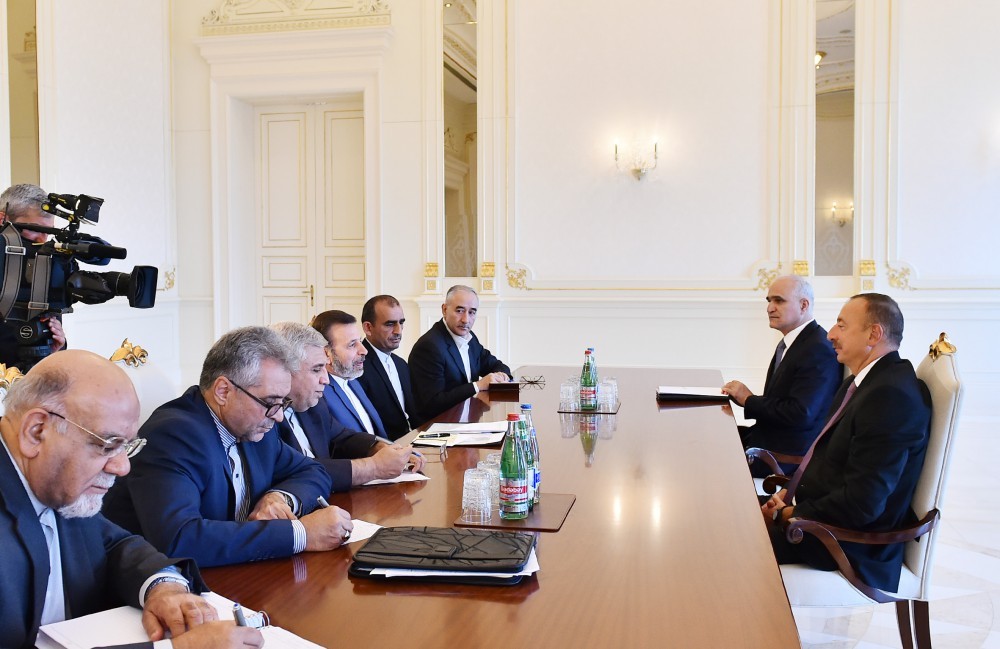 President of the Republic of Azerbaijan Ilham Aliyev has received a delegation led by Minister of Information and Communications Technology of the Islamic Republic of Iran, co-chairman of Azerbaijan-Iran State Commission on Economic, Trade and Humanitarian Cooperation Mahmoud Vaezi.

Mahmoud Vaezi extended sincere greetings of President of the Islamic Republic of Iran Hassan Rouhani to the head of state. The Iranian Minister hailed the role of President Ilham Aliyev in enhancing the bilateral relations and friendly ties between the two countries.

At the meeting, the sides discussed political and economic ties between the two countries and cooperation in the Caspian Sea, as well as exchanged views over the prospects for relations in energy, oil-gas, transport, investment making, finance, banking, agricultural, tourism and healthcare fields.

The head of state thanked for the greetings of President Hassan Rouhani, and asked the Minister to communicate his greetings to the Iranian President.