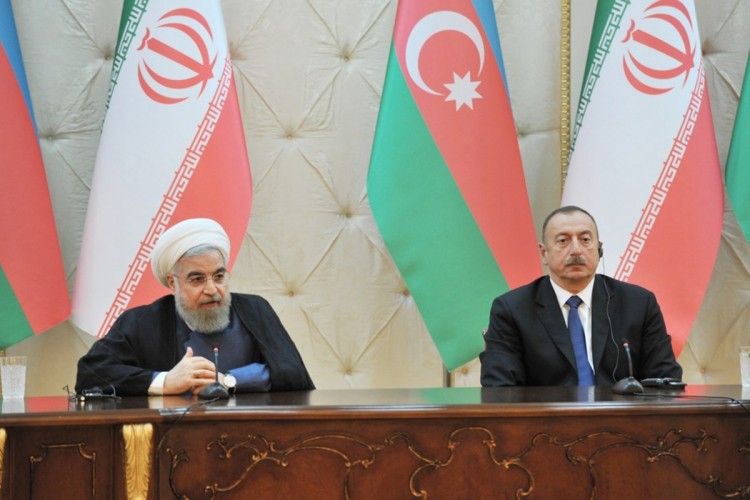 "Iran believes that peace and stability will be restored in the region. Each problem must be solved in a peaceful way," President Hassan Rouhani said at the press conference following his meeting with Azerbaijani President Ilham Aliyev in Baku.

Rouhani said that Iran has always supported Azerbaijan's territorial integrity. "Regional conflicts should be resolved by peaceful means. Iran, as a neighbor of both Azerbaijan and Armenia, have been trying to solve the problem peacefully. Iran will spare no efforts, if there are any, to help settle the conflict.”

Speaking of the fight against terrorism, the Iran president said that the two countries will cooperate in this field too.


“We arrived at an agreement as to joint action in the area of culture and promotion of Islam—a religion that stands against hatred and confrontation. We have to stay away from radicalism and expand our cooperation in the field of science and technology,” Rouhani said.