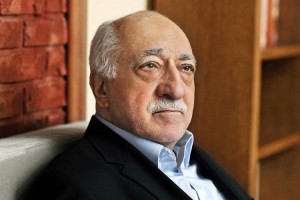 The State Security Service and the Prosecutor General’s Office said in a joint statement that Shahin Israyilov, who works as a chief engineer for main network at Bakcell LTD LLC, Fuad Ahmadli, who works at the call center of Azerfon LLC, Etibar Musayev, who works at the call center of an Azercell Telecom customer service center, have been found guilty of abusing their official powers by stealing personal the date of numerous subscribers of mobile communication companies they worked for, their call histories, their locations, etc. and sending these data to Vuqar Gasimov and others via SMS and other confidential ways.

A criminal case on the article #302.1 (Infringement of the legislation on operative - search activity) and #308.1 (Abusing official powers) was launched in the Main Investigation Department of the State Security Service.

As the search, material evidences on their illegal activity were taken from their houses. Prohibited religious literature and CDs, sheets with Fetullag Gulen’s words, documents on members of the group named “Gulen community”, persons called Hizmet imams and their ties were found in the house of Fuad Ahmadli, chairman of the APFP youth organization in Khatai district, as well as copies of personal documents of Azerbaijani citizens, a lot of phone numbers registered in his name and other things on illegal activity.