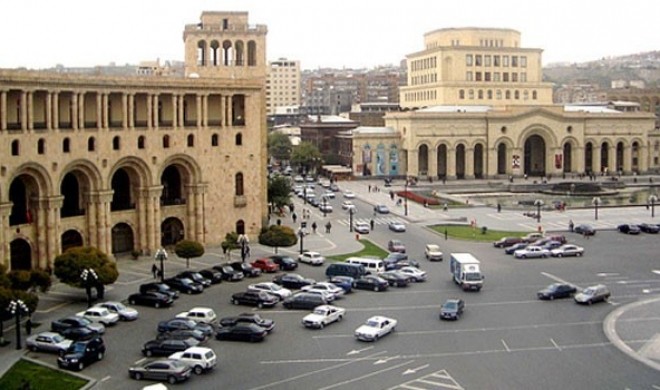 The statement recently made by the “Sasna Tsrer” armed opposition group in Armenia that more than 150 Armenian soldiers were killed and over 200 others were wounded during the clashes along the contact line of Armenian and Azerbaijani troops in April this year is only half-truth, Azerbaijan’s Defense Ministry told APA on Aug. 29.

These figures reflect only losses among conscripts from Armenia, the Azerbaijani ministry said, accusing the opposing side of deliberately concealing the number of deaths among mercenaries and conscripts from Nagorno-Karabakh.


The Azerbaijani military inflicted a crushing defeat on the Armenian side during the April clashes, killing more than 300 enemy soldiers and leaving over 700 others wounded, the defense ministry said, adding that many of the wounded still remain in critical condition, which means the number of casualties may rise.


“Commenting on the April clashes, some Armenian intriguers and war criminals who recovered from the Azerbaijan army’s blow only a few months later have begun spreading rumors that the Azerbaijani side ceased the military operations because it met with tough resistance from Armenians,” said the Azerbaijani defense ministry. “However, they do know that this step (military operation) was actually aimed at intercepting an Armenian military provocation.”

Azerbaijan’s defense ministry reiterated that the Armenian side’s refusal to free the occupied Azerbaijani lands unconditionally will lead to the annihilation of Armenia’s military-criminal regime and vain losses among the Armenian people.